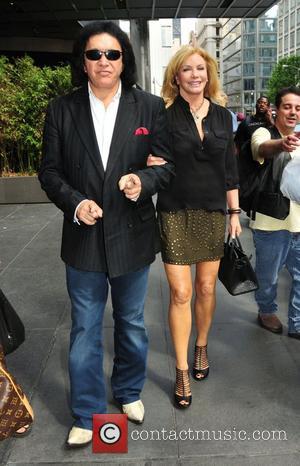 Rocker Gene Simmons was stunned to discover his girlfriend Shannon Tweed was related by marriage to his former lover Diana Ross when they hooked up after a Playboy Mansion party 28 years ago.
The Kiss star met Tweed at Playboy's Midsummer Night's Dream party and the couple fell in love almost immediately, prompting Simmons to tell his then-lover that it was over.
It was at that point he learned Ross knew his new girlfriend.
He tells the Los Angeles Times, "I was at the time in a relationship with Diana Ross and fell for Shannon, told Diana about it and within three weeks, I was shocked to find out that Shannon Tweed is, in some ways, Diana Ross’ sister-in-law.
"Because unbeknownst to me, Shannon’s sister, Tracy, was actually married to Chico Ross, Diana’s brother. If God and the fates have a sense of humour, that’s pretty bizarre."