Kiss frontman Gene Simmons has finally set a wedding date with his girlfriend Shannon Tweed after more than 20 years together. 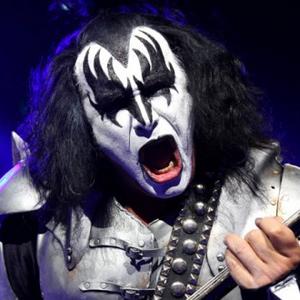 Gene Simmons has finally set a wedding date after being with his girlfriend for nearly 28 years.

The Kiss frontman - who has previously been in a relationship with Diana Ross and Cher - is set to tie the knot with former Playboy Playmate Shannon Tweed on October 1st at the Beverley Hills Hotel on Sunset Boulevard, California, after an invitation for their nuptials was published.

The couple - who star in reality show 'Gene Simmons: Family Jewels', which documents the experiences of their family and relationships - have sent invites to their guests, containing a picture created by their son Nick, 22, and a message written by their 19-year-old daughter Sophie.

The note read: "There will no longer be a Team Tweed or a Team Simmons but instead a Team Tweed-Simmons."

Among the instructions on the invite, the 62-year-old bassist and the 54-year-old actress ask guests to wear "classy cocktail attire" but they acknowledge "some rock star attire will be worn".