KISS rocker Gene Simmons has blasted Madonna as a ''karaoke singer,'' and doesn't think she is a godo choice to perform at the Super Bowl Half Time Show. 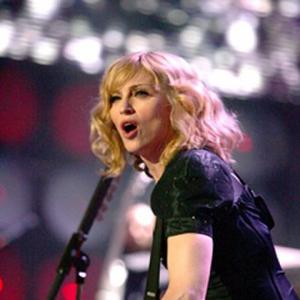 The 'Rock And Roll All Nite' bass player does not think the 'Vogue' hitmaker is a good choice for the Super Bowl Half Time Show at the NFL final in the US next year, because he claims she doesn't perform with a live backing band.

He told TMZ.com: "I don't think it's appropriate. I love all karaoke singers.

"You gotta have some integrity. I don't care what your music is. Have some integrity. Be real. Or, full disclosure before the fact: hold up a sign and say, '70 percent of what you hear is fake. It's a tape. I'm a karaoke singer'."

Whether she sings live or not, Madonna has promised to bring a spectacle to the Super Bowl XLVI Half Time Show next February, working on a special stage show with the team behind the Cirque Du Soleil circus shows.

A statement on her website reads: "The Material Girl has partnered with a creative team from Cirque du Soleil, Jamie King, and multimedia artists from Moment Factory, to create a signature performance for the Super Bowl's Half Time Show, which will be broadcast worldwide."

The show is expected to mark the comeback of the 'Frozen' singer, after she has spent most of 2011 working on a new album with producers including DJ Martin Solveig and William Orbit, which is expected to be released early in the New Year.