Not one for biting his tongue, is he?

Gene Simmons' ridiculously massive tongue has got him into trouble once again, after he made insensitive comments regarding Prince's death. He has, at least, now apologized, but that hasn't stopped some Prince fans lashing out at the rocker for calling the deceased pop star 'pathetic'. 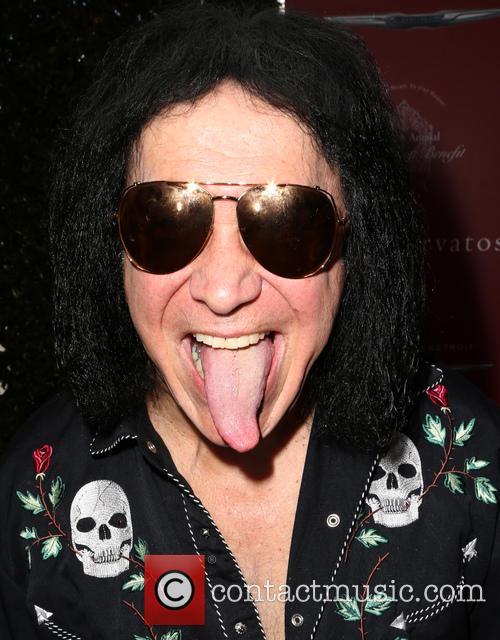 The Kiss singer made no secret of his thoughts regarding Prince's death earlier this week, saying in an interview: 'How pathetic that he killed himself'. Now he's come out with an apology for his comments after a backlash from the press, Prince fans and even people close to him.

'I just got such s*** from my family for my big mouth again', he said in a statement on Twitter. 'I apologize - I have a long history of getting very angry at what drugs do to the families/friends of the addicts. I get angry at drug users because of my experience being around them coming up in the rock scene. In my experience they've made my life, and the lives of their loved ones, difficult.'

He admitted that he's not usually one for making apologies for offending people, but believes he was wrong to jump to conclusions this time. 'If I think I'm right, I'll throw up a finger and dig my heels in and laugh. But this time, I was not. So, my apologies', he said.

The offending statement appeared online earlier this week, when he accused Prince of substance abuse. 'His drugs killed him. What do you think, he died from a cold?' He ranted to Newsweek. 'I think Prince was heads, hands and feet above all the rest of them. I thought he left [Michael] Jackson in the dust. Prince was way beyond that. But how pathetic that he killed himself. Don't kid yourself, that's what he did. Slowly, I'll grant you... but that's what drugs and alcohol is, a slow death.' He also added that he thought that David Bowie's death 'was the most tragic of all because it was real sickness' and added that 'all the other ones were a choice'.

It wouldn't have been so bad if he hadn't been presumptious in his statements. Prescription drugs are being looked into as the cause of the singer's death, but so far nothing's been confirmed apart from the fact that he had been taking the painkiller Percocet.

Prince passed away suddenly at the age of 57 on April 21st, and was found unresponsive in an elevator at his Paisely Park home.