Gemma Oaten's battle with anorexia left her just 24 hours from death when she was only 12 years old. 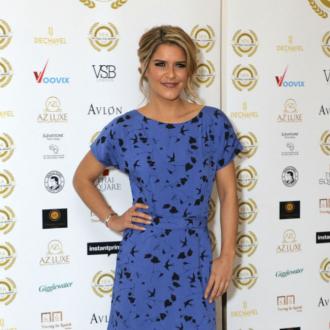 The 36-year-old actress revealed that she restricted her eating so much when she was just 12 that doctors warned her she was close to dying.

She told The Sun newspaper: ''I just restricted my eating completely. I constantly felt fat. It was just a spiral. I became a prisoner of my own mind...

''I would be pumped with calories, drugs and potassium and shipped back out. There was no funding to put me anywhere that was specialised.''

However, Gemma's near-death experience wasn't enough to help her to develop a healthy relationship with food and she spiralled again in her late teens.

She said: ''My eating disorder was always there and waiting to pounce. At 18, it spiralled again and I had a heart attack. A year later at 19, I had a bowel prolapse [when the rectal wall slides out].''

However, at the age of 23, Gemma started seeing a therapist and has now been in recovery for 13 years.

Gemma's illness led to her mum and dad setting up eating disorder support charity SEED, and Gemma now works alongside her parents to help others after putting them ''through hell'' as a youngster.

Gemma previously shared: ''Being patron of SEED is everything to me. Mum and Dad set up a helpline 20 years ago for carers of those affected by eating disorders in the plight that they'd never have to go through what we did. It then became a charity that helped carers and sufferers, not just in Hull, but all over the country and internationally. Every penny counts for us and my fundraising, with the help of others, is vital to keep us going and keep us saving lives.''