Gemma Arterton insists that having a tattoo behind her ear hurt less than getting her bikini line waxed. 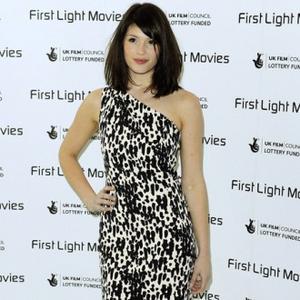 The 'Prince of Persia: The Sands of Time' actress has an angel wing etched behind her ear and despite being warned having the design inked onto her skin would be a painful procedure, insists it wasn't as uncomfortable as she was expecting.

She said: "My tattoo is an angel's wing. I got it after shooting 'Prince of Persia'. All the men warned me in advance it would hurt a lot. It wasn't that bad, though. Try having your bikini zone waxed, guys. Then you will know what real pain feels like."

The 24-year-old British beauty - who is believed to be engaged to stuntman Ben Cooke - also spoke about her desire to be "protected" by her boyfriends, and claimed she doesn't look for physical perfection in her partners.

She explained to Gala magazine: "I like men with a bit of a belly. And strong arms he can put around me and protect me with. Again for the record: I like biceps and a slight belly."

Although Gemma stays in shape, she insists she refuses to diet as she doesn't want to miss out on her favourite foods.

She explained: "I have to stay fit. But if you constantly count calories you miss out on an important part of life. I'm all for women with ample boobs and butts."