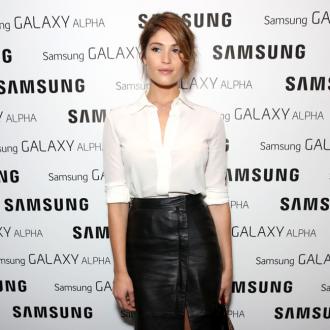 Gemma Arterton has a phobia of false eyelashes.

The 28-year-old actress has always had an aversion to the cosmetic accessory but has been forced to face her fear now she is starring in musical 'Made in Dagenham' on London's West End.

She said: ''In musical theatre they love an OTT eyelash but I just [shudder] ... But I do like the whole 60s make-up vibe, especially the winged liner.''

While Gemma has starred in numerous stage productions to widespread critical acclaim, this is her first musical role and she admits it took something special for her to agree to make the jump.

In an interview with Glamour magazine, she said: ''Seriously, I'd never had any dance training before rehearsals started.

''There was no way I was doing a musical if I was just prancing around singing - it had to be a part I could sink my teeth into as an actor.''

Though Gemma feels ''exposed'' working in theatre, she insists it isn't as nerve-wracking an experience as when she hosted the Olivier theatre awards earlier this year.

She said: ''It's quite exposing [singing on stage] but then so is doing a monologue.

''Actually I find public speaking the worse because you're not hiding behind a well-written script. I hosted the Olivier awards this year and it was the most nerve-racking thing I've ever done.''