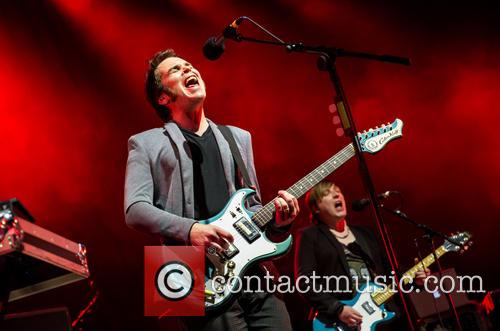 By Dan Stables in Music Reviews on 03 February 2016

Gaz Coombes' second and most recent solo album, Matador, is a mature and accomplished work characterised by a kind of wired tension miles away from the carefree cheekiness which permeated his output as frontman of Britpop darlings Supergrass. 'I'm an acrobat on the wire', he croons on opener 'Buffalo' over staggering, stuttering drums, and the perpetual sense of teetering on the edge pervades the whole album.

When he takes to the stage at a packed-out Roundhouse - hair grown out, the famous sideburns broadened into a bushy beard - for a rare solo performance, it seems that this darker, more serious Coombes Mk#II is what we're going to be getting. But despite the set heavily favouring newer material, this is a light-hearted performance which relies more on Coombes' ebullient delivery, friendly stage presence, and strong songwriting than on the arrangements and production which so enhance Matador's darker recesses.

The gig begins with Gaz on his tod, with only an acoustic guitar for company on opener 'Oscillate', switching back and forth to keyboard, with the occasional help of a drum machine, for the next few tracks. This accompaniment is the only shade of the electronica which pervades Matador, and that record's sense of paranoia is consequently overpowered here by the same atmosphere of friendly exuberance which characterised Coombes' earlier work with Supergrass. This has mixed results. 'The Needle's Eye' suffers for the substitution of its bleeps and bloops for a straight performance of vocal and strummed electric guitar, removing the nuances of the production but allowing the strength of the songwriting and Coombes' voice to shine through.

By Andy Peterson in Music Reviews on 25 November 2013

"It was a really weird split", said my friend. "They don't hate each other, they just felt that no-one cared any more".

The band in question were Supergrass, the Oxford trio who landed smack bang on the nose of Brit Pop via the chirpy aceness of Alright and who went on to earn a clutch of awards before disbanding in 2010. I'm yet to check how accurate my companion's statement was - the official version is the classic "Musical differences" - but you did feel that, despite the critical adulation and some brilliant singles, Gaz Coombes, Mick Quinn and Danny Goffey were always chasing a niche that was never quite there.

Since then, the former has carved out a solo career, from which in 2012 sprang his début album, 'Here Come The Bombs'. One of the benefits of his new found single status as it were is the ability to avoid the treadmill of a highly risk averse music industry, which for stars of his vintage is forever packaging up Best Of or Heritage album tours, and this freedom brings us tonight to the Trinity Church in Leeds. Nestling underneath the gargantuan new shopping centre that took its name from the place of worship, as well as a venue it's also a respite from the snow outside; the thirty something audience likely weren't the first group of people to find refuge there. 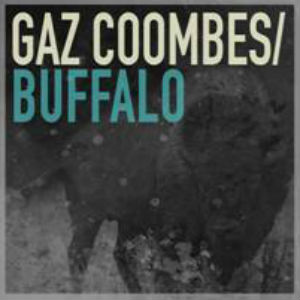