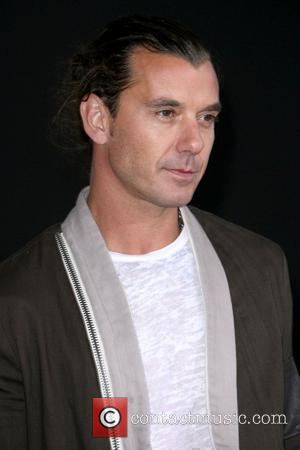 Rocker Gavin Rossdale left diners at a top New York restaurant stunned on Thursday night (09Dec10) when he strolled into the eaterie and performed an acoustic set.
Gwen Stefani's singer husband was booked as the surprise act at a dinner event celebrating a new business venture between top guitar and audio brand Fender and car manufacturers Volkswagen, and he had guests at Del Posto starring in awe as he walked in from the cold and launched into his new solo track Love Remains the Same.
After finishing the tune, he quipped, "I'm literally singing for my supper."
Rossdale then performed Landslide and his band Bush's hit song Come Down, before staying to chat and pose for photos with excited fans, according to Eonline.com.