Gavin Rossdale's former male lover Marilyn is delighted the Bush frontman has finally been honest about their relationship in the 1980s. 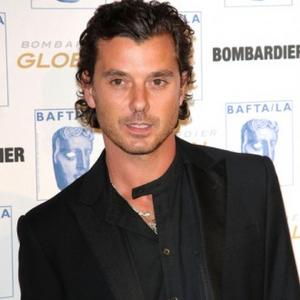 Gavin Rossdale's former boyfriend Marilyn is glad he has been "honest" about their relationship.

The 80s pop star is relieved Gavin - who is now married to Gwen Stefani - has finally been open about their romance after refusing to confirm it for years.

Marilyn said: "I am pleased that Gavin is finally able to be honest about our relationship. I just wish he could have come to terms with this 15 years ago.

"I find it sad that when I spoke about what we had, I was labelled a tattletale and now Gavin is using it to promote himself."

The now 47-year-old singer hopes Gavin's wife Gwen - with whom he has two children, Kingston, four, and Zuma, two - will eventually be able to come to terms with her husband's homosexual past.

He told America's In Touch magazine: "Maybe one day Gwen will allow my name to be spoken again in her home without it having any negative connotations."

Speaking last year, Marilyn - real name Peter Robinson - described Gavin as the "love of his life", but accepted he has moved on.

He said: "Gavin and Gwen are perfect for each other, but he was the love of my life."

Earlier this week, the 44-year-old Bush frontman admitted the romance and also claimed he never intended for it to be secret for so long.

Gavin - who also has a daughter, model Daisy Lowe, from a previous relationship - said: "I've never wanted to appear closed about it. It's not something I've talked about really because it's always been in the glare of a tabloid world. It's just one of those things - move on.

"When you're 17, Jesus Christ, I don't think there's anything strange about any form of anything - you're learning about life."