Gavin Rossdale Refuses To Speak To Ex After Dna Test

Gavin Rossdale has refused to speak to Pearl Lowe since she allowed their daughter Daisy to take a DNA test which revealed he is her father. 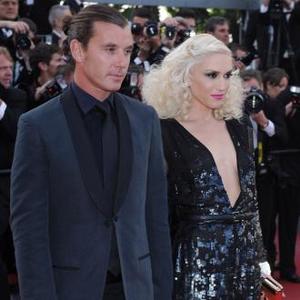 Gavin Rossdale has refused to speak to Pearl Lowe since she allowed their daughter Daisy to have a DNA test to establish he is her father.

The former Bush frontman and Pearl had a five-year relationship in the late 1980s while she was married to fertility specialist Bronner Handwerger and in 2004 it was revealed Gavin, Daisy's godfather, was actually her real dad, a revelation he has not forgiven Pearl for making public.

She told Easy Living magazine: ''While Daisy and I are close, things haven't always been easy.

''It was a bit hairy for six months when I told her I suspected her father was the musician Gavin Rossdale.

''I lost him as a friend, but Daisy has a relationship with him, which is great.''

Gavin is married to Gwen Stefani with whom he has two sons, Kingston, five and three-year-old Zuma and Daisy revealed she has a great relationship with her father and his family.

Speaking in 2010, she explained: ''I now have a really good relationship with my father. It's been blossoming for the past year but it really happened over Christmas.

''We got to spend time together. He's got two beautiful kids who I really adore and his wife is gorgeous.''