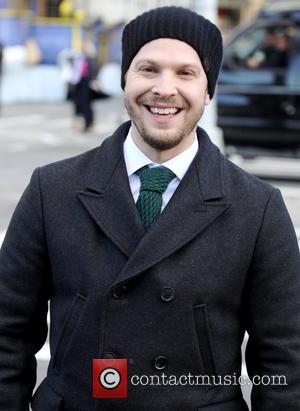 Country star Gavin Degraw took shelter in a department store in Nashville, Tennessee on Saturday (21Dec13) after a tornado hit the city while he was out Christmas shopping.

The singer was among a group of shoppers who were caught out when the storm hit, so they took shelter in the basement of a branch of Nordstrom.

DeGraw subsequently took to Twitter.com to thank staff for letting the group stay in the shop until the tornado passed, writing, "Tornado in Nashville. Had 2 (to) wait it out in the safest place we could find while out shopping. Downstairs of a Nordstrom. Thx 4 (thanks for) the shelter."

Another Twitter user, named James Story, adds, "While waiting out the storm, @nordstrom just became a photo op (opportunity) for a bunch of shoppers. Gavin DeGraw Welcome to Nashville. Tornado warning... = one way to get cornered by fans. Forget Christmas shopping looks like you made a few peoples (sic) day."

Dancing With The Stars: Gavin Degraw Finally Gets His Marching Orders

Gavin Degraw: 'I Will Not Live In Fear'

Gavin Degraw Has No Memory Of Cab Run-in