Even from a young age, Katherine Johnson's family and teachers knew she was made for great things. Even as a child, her mind was something special. She was gifted with an ability to work out complicated math sums far superior to anything a young child ought to be able to do.

There were a number of factors standing between Katherine and her education - most spanning from the fact that she was black and it was the 1920's. The country of Virginia where she and her family lived would not supply an education over a eighth grade to anyone of Afro-American ancestry and few family worked impossibly hard, splitting their time over two counties, to make sure their little girl could become the success they knew she would be. Their hard work paid off and Katherine became a math teacher before being poached by a new and exciting agency looking to recruit some of the most talented mathematicians of the time.

Katherine, along with two fellow mathematicians, Dorothy Vaughan and Mary Jackson, were introduced into a whole new use for maths. The ladies who worked in the department were human computers and they unravelled huge flight calculations and soon Katherine was once again headed up the ladder to work on a space mission - a mission to send a man to the moon and safely return back to earth.

If you're on the wrong side of the law and looking for someone to send a special kind of 'message', Jackson Healey might just be the man you call. One day his work takes him to the door of Holland March where he leaves his own particular type of message for Holland, a private detective who's currently a little down on his luck.

When an employee of the Department Of Justice finds that her daughter has gone missing, she employs Healey to find her by any means necessary. Out of his depth, Healey calls on the best private eye he knows. Initially very hesitant to work with the guy who only recently sucker punched him, Holland agrees to help find the girl.

As clues are revealed, it looks like Amelia (The missing girl) has somehow become intertwined with the mob who are trying to branch out in LA. As the amateurs hunt down Amelia, the case takes them down dangerous paths they never thought they'd venture down.

The park is officially open! After several years and multiple (disastrous) attempts, Jurassic Park as finally opened for the public. Now named Jurassic World, thousands of people flock to the park every day to see prehistoric creatures in a safe and sanctioned environment. But, as with all things, people have steadily lost interest. Pioneering science at the park has led to the creation of the first hybrid dinosaur being created, designed to entice and scare the visitors, yet unfortunately, it gets lose. Now, a brand new dinosaur is hunting the previously known creatures on the island for sport, and 20,000 people are trapped in its new hunting ground.

David Raskin is a regular teenager going through regular problems i.e. girls, grades, and hangs around with his friends who have their own issues too from poverty to bullying. But soon their problems become huge disasters when David discovers his teenage self reflected in a mirror on a video tape of his seventh birthday. Determined to solve the mystery, the friends explore his father's old workshop where they discover blueprints for Project Almanac - a temporal re-location device that can transport the users into a past time. They decide to build the time machine, and subsequently abuse its potential, using it to get their own back on bullies, pick up girls and force a lottery win. Soon they notice that their bodies are becoming dislodged from their own temporal plane and a string of deadly disasters are occurring all around them. Can they turn back time so that they never turned back time? Or is it too late for the damage to be undone?

Sutter Keely thinks he has the perfect life; he's a high-school student with a car, a job he loves, a gorgeous girlfriend and the ability to make friends wherever he goes. Rather than thinking about his future and what graduation will bring, he's perfectly contented to take each day as it comes. It only becomes a curse when his girlfriend dumps him, but things take a different turn in his life when he wakes up after a particularly alcohol-fuelled night only to find himself in someone else's yard with a concerned looking Aimee Finicky next to him. Aimee's the good girl, who's never had a boyfriend and puts her focus on her future. Sutter finds himself falling in love and coming round to the idea of a quiet life, but thinking about the future has made him wonder if he should factor in Aimee's at all. 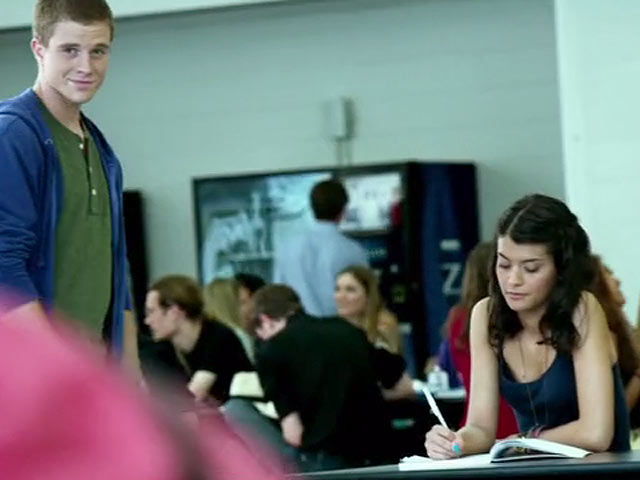