The Libertines' Gary Powell blames Pete Doherty's 'friends' outside of the group of the singer's disappearance last week, which in turn meant they had to cancel two gigs. 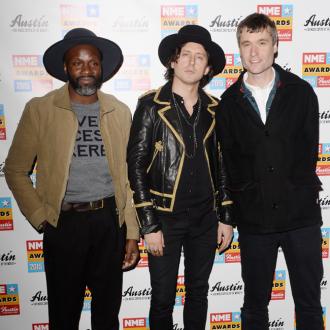 The Libertines' Gary Powell believes Pete Doherty's group of 'friends' are to blame for his disappearance last week.

The 45-year-old drummer has claimed Pete's pals outside of the band are a bad influence on him and are probably the reason the group was forced to cancel two gigs when the troubled singer failed to turn up in time for the set.

Gary told the Daily Mirror newspaper: ''A lot of people are blowing smoke up his a** for no reason whatsoever.''

He added: ''Peter was shoved in the spotlight. He didn't really want it, let alone warrant it.

The British star - who is the eldest in the rock foursome - sees it as his responsibility to look after his fellow bandmates Pete, 36, Carl Barat, 37, and John Hassall, 34.

He explained: ''I've always felt like an elderly brother towards them. For a while I ignored everything Peter was doing musically because he was so shoved into the spotlight.''

The band were forced to apologise to fans last week after they left them waiting inside The Electric Ballroom in Camden Town, London while they frantically searched for the missing lead co-frontman, before calling off the concert.

Their gig the following night at the Ritz in Manchester was also cancelled, despite Pete later being found safe and well.

Rumours quickly began to surface online suggesting the recovering drug addict had had locked himself in a Wetherspoon's pub toilet.

The gigs were part of The Libertines intimate gig tour to promote their third album 'Anthems For Doomed Youth.'