Gary Oldman says watching Heath Ledger was ''dazzling'' and the late actor could have ''put his mind to anything''. 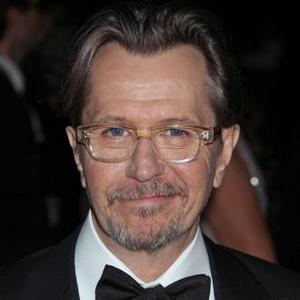 The 'Tinker Tailor Soldier Spy' actor believes the late 'Dark Knight' star - who passed away in January 2008 - could have gone on to do ''anything'', including becoming a great director.

He said: ''To watch Heath was dazzling. He had a light around him. I don't know what it was.

''If he put his mind to anything, I think he could probably. He was thinking of directing.''

The 54-year-old star has just completed filming for the sequel - 'The Dark Knight Rises' - and revealed he never succeeded in beating Heath at chess before his untimely death.

He added: ''He was a great chess player, too. I played him a couple of times. He always won.''

Gary - who portrays Sirius Black in the 'Harry Potter' series - insists he has grown older and wiser on Hollywood politics.

He said: ''You have to have the acceptance of who you are, not worrying about what somebody over there is doing. All that insecurity, 'he's better looking', 'he's taller', 'he's better than me'. Thank God all of that has gone.''

Despite this, the British actor received an 'Oscar' nomination for his role in last year's 'Tinker Tailor Soldier Spy'.

He explained: ''You just go, 'F**k 'em.' I'm okay. Though awards definitely get you believing it for a while.''