The 56-year-old actor and his 36-year-old wife are divorcing due to "irreconcilable differences."

Gary Oldman is once again a single man. The 56-year-old actor and his fourth wife singer-songwriter Alexandra Edenborough are reportedly getting a divorce after seven years of marriage. The couple don't have any children together. 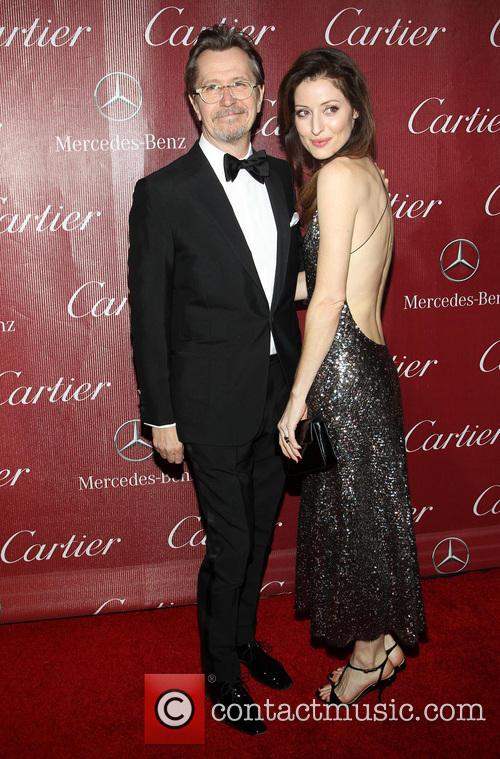 Oldman and Edenborough are divorcing after seven years of marriage

According to RadarOnline, the divorce papers were filed by Edenborough in Los Angeles on January 9th, in which she cited "irreconcilable differences" as the reason for their marriage failing, but the date of their separation is listed "TBD."

The 36-year-old, who tied the knot with Oldman back in 2008 on New Year's Eve, is also requesting that the 'Dark Knight' actor pay spousal support and her attorney's fees, and asks that the court not award him spousal support.

Oldman first married English actress Lesley Manville in 1987, but they parted ways not long after their first son Alfie was born in 1989. In 1990 the British star then tied the knot with Uma Thurman, but they also split only two years later.

The next time Oldman walked down the aisle was in 1997 with Donya Fiorentino, until separating in 2001. After a public divorce battle, the actor was awarded sole custody of their two children, Gulliver and Charlie.

After being a single father for several years, Oldman seemed fairly happy with his fourth marriage as recently as February 2014. In an interview with the U.K.'s The Independent, he admitted that he wasn't into married life during his younger years.

More: Gary Oldman Warns Academy Won't Accept Serkis in 'Dawn of the Planet of the Apes'

"I'm not proud to say that though. But I've had a few goes at it now, so I've probably learned something from the first three. Practice makes perfect. Isn't that what they say?" he said. "I'm not proud that this is my fourth marriage. But this is a good one. Hopefully, my last one."