Gary Oldman is now a single man after his divorce from Alexandra Edenborough has been finalised.

Gary Oldman and Alexandra Edenborough’s divorce has been finalised. A Los Angeles Superior Court judge signed off on the divorce on Tuesday (29th September). The couple were married for six years. 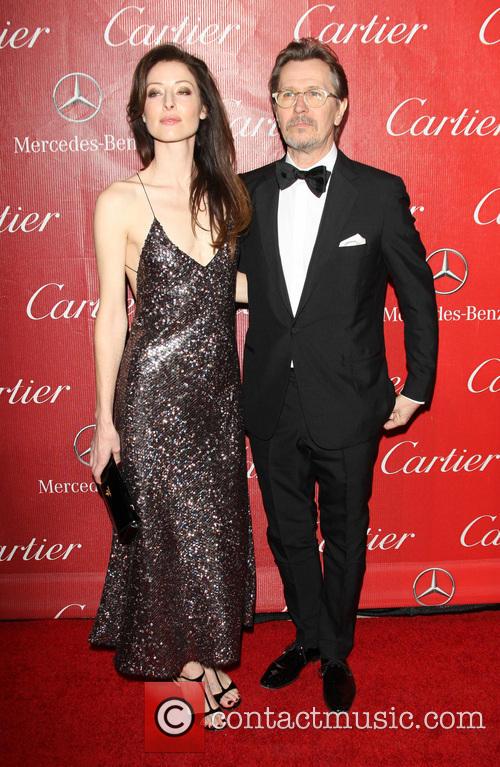 Alexandra Edenborough and Gary Oldman at the Palm Springs Film Festival in January 2014.

Oldman and Edenborough married in 2008 on New Year’s Eve. The ceremony, which took place in Santa Barbara, was reportedly small and Oldman’s agent acted as his best man. The couple separated in summer last year. Edenborough, 19-years-old Oldman’s junior, filed for divorce from Oldman in January.

57-year-old Oldman, best known for his roles in Dracula, the Harry Potter series and The Dark Knight films, has had to pay a steep divorce settlement. According to reports in Us Weekly, Oldman will pay Edenborough $3.3 million. Their assets have also been divided. Oldman will keep two of their homes and a number of cars.

This is Oldman’s fourth divorce. Oldman’s first marriage was to British actor Lesley Manville. They divorced 1989 after two years of marriage. Oldman and Manville have one son together, 26-year-old Alfie.

Oldman married Kill Bill actor Uma Thurman in 1990 and they divorced in 1992. His third marriage was to Donya Fiorentino and it lasted from 1997 to 2001. Oldman and Fiorentino have two sons together Gulliver (18) and Charlie (16).

He married Edenborough, a British actress and singer-songwriter, in 2008.

Between his marriages to Thurman and Fiorentino, Oldman was also romantically involved with actor and model Isabella Rossellini from 1994 to 1996.

In an interview with the Independent last year, Oldman discussed his marriages and stated that he wasn’t “proud” of having (at the time) three failed marriages.

“I’m not proud to say that though. But I’ve had a few goes at it now, so I’ve probably learnt something from the first three,” Oldman said. “Practice makes perfect. Isn’t that what they say? I’m not proud that this is my fourth marriage. But this is a good one. Hopefully, my last one.”