World Cup fever has gripped... well the world and for former footballer Gary Lineker it has been no different as the lead presenter on all international matches shown on BBC One. However, the caring sports star took time out of his stint in Russia and travelled back to the UK to attend the funeral of his ex-wife’s mother. The Match of the Day host made the dash back to England in between hosting duties and was in his home country for just one day.

The Sun has reported the 57-year-old was in Moscow to present a 10.30pm highlights show after England lost to Belgium on Thursday (28 June). But he made it back to the UK in time to carry the coffin as Danielle Bux's mother Kim Mohammed was laid to rest in Cardiff on Friday (29 June).

MORE: Gary Lineker Calls For Divorce Process To Be Made Simpler

He then stayed for his ex-mother in law's wake before catching a plane back to Russia ready for the 3pm kickoff of the Argentina v France game on Saturday (30 June).

The Walkers crisps ambassador was pictured arriving and leaving St David's Church in Cardiff with Miss Bux on Friday, before they both attended a gathering at 4th Glamorgan Home Guard Social Club.

There were no games that day, allowing Lineker to make the whirlwind 3,300-mile trip back to Britain.

Gary and model Danielle, 39, married in 2009 but split in 2016. The reason given for the split by Lineker was his unwillingness to have any more children.

MORE: Gary Lineker And Danielle Bux Divorcing Because He Doesn't Want To Start Another Family

He has four sons with his first wife, Michelle Cockayne, who he was married to for 20 years until 2006.

Gary and Danielle have remained friends since their divorce; however, the former actress - who appeared in an episode of Hell’s Kitchen in 2009 - is now in a relationship with American lawyer Nate Greenwald, with whom she has a child. 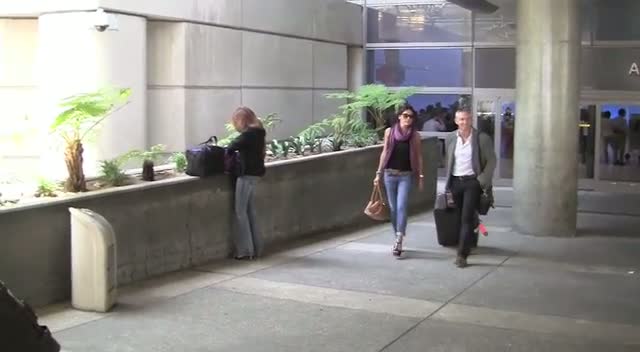