Almost 200 Famous Musicians, Actors And Sports Stars In The U.k. Have Been Reported For Allegations Of Child Sex Offences, A Wide-ranging Inquiry Has Discovered. 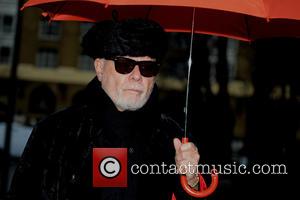 Several police forces across Britain are currently investigating claims of abuse by VIPs, and newly-released figures on Wednesday (20May15) reveal a total of 1,433 suspects have been targeted.

Of those, 135 are from the world of film, TV and radio, 43 work in the music industry, and seven are sports stars.

No suspects are named in the report, but since the start of 2014, glam rock legend Gary Glitter, entertainer Rolf Harris, TV presenter Stuart Hall, former BBC radio DJ Chris Denning, and PR guru Max Clifford have all been convicted of sexually abusing children.

The scandal unfolded following the death of TV and radio presenter Sir Jimmy Savile in 2011. He avoided prosecution during his lifetime but is now thought to have abused more than 400 victims.