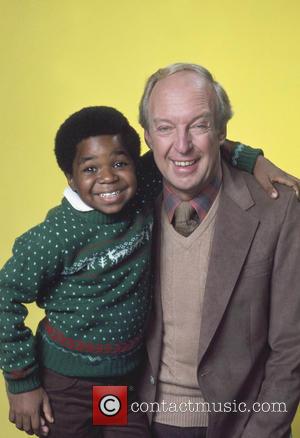 Tragic former child star Gary Coleman's parents are threatening legal action against a former associate of the late actor over allegations suggesting they stole $20 million (£12.5 million) from their son.

Dion Mial has been openly accusing W.G. Coleman and his wife Sue of taking money from the actor during his youth, when he had a starring role on popular Tv sitcom Diff'rent Strokes, claiming their greed forced Gary to file for bankruptcy in 1999.

For years, the Colemans refused to speak out to defend their name against Mial's repeated allegations, but they have finally snapped after the broadcast of a documentary titled The Will: Family Secrets Revealed, which aired on U.S. network Investigation Discovery last week (24Jan13). Mial reiterated the claims on the show.

The Colemans are now demanding Mial stop spreading the lies or step up and prove his allegations in court.

A statement issued to Wenn reads: "Gary Coleman's parents have recently viewed an episode of the Discovery Id show 'The Will'. On the show, Dion Mial, an associate of the late child actor, defamed and slandered the parents, stating that they stole $20 million from him. Dion also indicated that the parents forced him to work when he was ill.

"W.G. Coleman and Sue Coleman have remained silent through the years, however, after 25 years, Dion Mial's lies have enraged the Colemans and they are telling Dion to 'put up or shut up'! In more specific terms, they are demanding that he prove in fact and detail all the accusations he has made throughout the years against them."

Gary's first agent, Vic Perillo, has backed up the Colemans' claims and has offered to formerly challenge Dion over his side of the story to help the actor's parents put a stop to the accusations.

The Diff'rent Strokes star, who suffered from congenital kidney disease, died from a brain haemorrhage in May, 2010 following a fall at his home in Utah. He was 42.