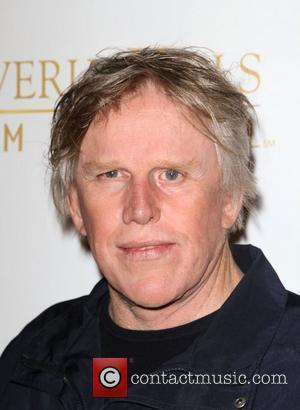 The producers of the movie Manion of Blood are facing the question of what to do when your star reportedly becomes so erratic that you are forced to fire him half way through the filming. According to the gossip website TMZ that's the issue that production companies Elusive Entertainment, Welcome Home Productions and Dream Cinema Productions now face after the dismissal of Oscar-nominated actor Gary Busey ( The Buddy Holly Story ) from their movie, Mansion of Blood . TMZ, citing sources connected with the film, said that Busey was fired after becoming "too difficult to work with" and had made "inappropriate comments" to a woman on the set. TMZ said that Busey had filmed about half his scenes and that The Script is being rewritten to cover the remainder. A spokesperson for the actor said that the production had been "plagued by contractual issues and misunderstandings" and that Busey "has no further comment." Earlier this year, he was fired by Donald Trump on an early episode of this season's Celebrity Apprentice , and blamed his fellow teammates. ("They were out to get me.") He then went on to endorse Trump's presidential candidacy.