Posted in Press Releases on 25 November 2013 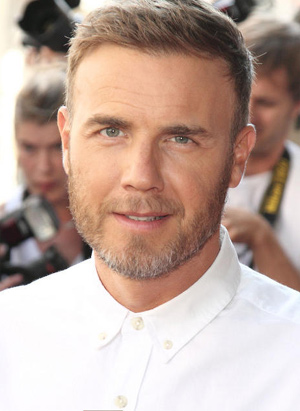 Gary Barlow announced last night that he will be seeing in 2014 with a live performance from Central Hall, Westminster which will be broadcast on BBC1 to bring in the New Year as the clock strikes midnight. Watched by millions each year, this very special show will give 1500 fans the chance to be part of the ultimate NYE celebration.

Gary will perform two sets with a break for midnight when he will be counting down the fireworks on the roof of Central Hall overlooking Big Ben. A big screen in the concert hall will show the countdown and the amazing firework display before Gary sees in the New Year with his second set of the night.  The show, countdown and fireworks will all be broadcast live.  Full details below:

Gary Barlow also announced today that his second single 'Face To Face', a massive duet with his long time friend and inspiration Sir Elton John, will be released on January 20th. This follows the release of his first single 'Let Me Go', currently #6 on the National Radio Airplay Chart and due out on November 17th.
Gary wrote all the songs for his new album 'Since I Saw You Last' in London and recorded them mainly between his own Future Studios and producer Steve Power's TOP Studios, with the strings arrangements captured at Abbey Road Studios. Gary's last solo album 'Twelve Months, Eleven Days' was released in 1999, with his debut solo record 'Open Road' hitting the No.1 spot in May 1997.

With Take That Gary Barlow can count eight Number One albums, selling more than 30 million copies, to his name. He has also be party to fifteen No.1 singles, sold seven million concert tickets as well as being the proud recipient of six Ivor Novello Awards. He was awarded an OBE for his contribution to British music last year following the work he has done with BBC Children In Need and the hugely successful Queen's Diamond Jubilee Concert.

In March and April 2014 Gary will also embark on a headline arena tour, his biggest shows ever, which will kick off in Belfast on March 29th and finish in Sheffield on April 20th. Full list of tour dates below: