Gary Barlow claims only one out of every 25 songs he writes is good as he is always striving for the perfect pop formula. 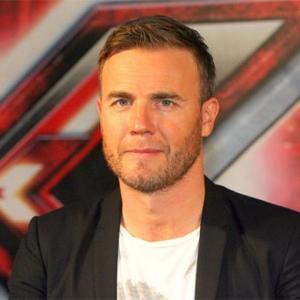 Gary Barlow claims only one out of every 25 songs he writes is good.

The Take That leader has written the majority of the band's hits, including eight of their UK number one singles - including 'Back for Good', 'Never Forget' and 'Greatest Day' - but says he is very hard on himself during the writing process.

He said: "I get a good song for every 25 songs I write. That's my hit rate. So I've got to go through the process of writing 25 songs to get what I think is a good one. And that's a lot of time."

The 'Kidz' singer says his quest to find the perfect pop formula means he is easily distracted when he's writing, and when he's not, he's always busy working at one of his many projects.

He added: "I'm constantly not in the house, constantly somewhere else if I'm wandering around the house, and if I'm talking about an artist on my label or doing charity work or touring, I'm always obsessed by trying to move them upwards and forwards."

Gary also jokingly added he "doesn't know" how his wife, Dawn, "puts up with" him.

'I can't see myself having a quieter life': Gary Barlow rules out retirement

Gary Barlow talks to his dogs after his one-man show