Gary Barlow, Peter Andre and Jack Osbourne have made the shortlist for the Premier Inn Celebrity Dad Of The Year. 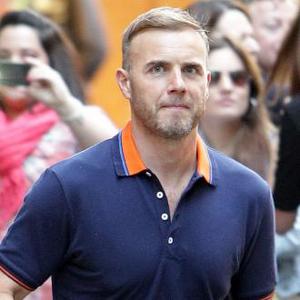 Gary Barlow and Peter Andre are on the shortlist for the Premier Inn Celebrity Dad Of The Year.

The Take That singer - who has three children and one on the way with wife Dawn - and Peter, who has two children with ex-wife Katie Price, are joined by the likes of Jack Osbourne, Rod Stewart, Sir Elton John and Jay-Z on the list.

If Peter were to win the prize, it would be the third time in a row he has been given the accolade.

Among the newcomers are footballer christiano ronaldo, N-Dubz rapper Dappy and John Bishop.

The award claims to reward the celebrity father who has impressed the UK by balancing his showbiz lifestyle with the demands of parenting.

Despite being one of the most high-profile names to be on the shortlist, Gary admitted earlier this week he was more interested in seeing how his Take That bandmate Robbie Williams dealt with fatherhood over his impending fourth child.

He said: ''I think we are all most interested in Robbie's baby.

''I would love surveillance on Robbie's house 24/7 just watching him, especially deal with a baby. I am really interested to see how that is going to work. Let's face it, he is a big kid. But with everyone I know, having kids is the making of them, so I think the two of them are going to really love it.''

The public can register their votes from 25th May 2012 at www.facebook.com/premierinn for who they would most like to see crowned with the coveted title in time for Father's Day (Sunday, 17 June).