With ratings of 5.7 million, 'Let It Shine's second episode fell behind 'The Voice' on Saturday night.

Having been a ratings winner in its first week, Gary Barlow’s new BBC talent show ‘Let It Shine’ has reportedly slumped behind its ITV rival ‘The Voice UK’ in the viewing figures for its second episode last weekend.

The Sun reported that, having pulled in 6.8 million viewers for its launch the previous weekend, Saturday night’s show (January 14th) lost more than a million viewers to clock figures of 5.7 million. Still impressive, but it was also said to be less than ‘The Voice’ over on the other channel, a crucial aspect.

“It’s the first time that people at home have been able to choose which show they wanted to watch – and more people have gone with ‘The Voice’,” a source told the tabloid over the weekend. 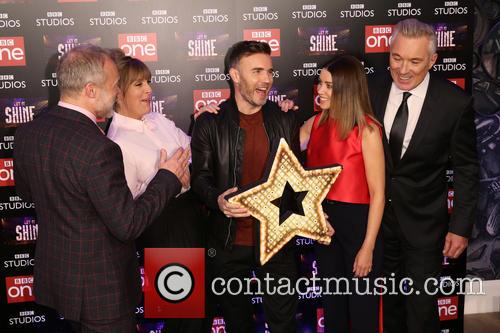 “There was a lot of intrigue to see what ‘Let It Shine’ was all about and it seems that people are quick to switch over and watch the established programme. The ratings battle is bound to intensify when they go on to the live rounds next month.”

‘Let It Shine’ – whose panel consists of Barlow, Amber Riley, Martin Kemp and Dannii Minogue – sees young male contestants competing to participate in a musical ‘The Band’ which features Take That songs.

‘The Voice UK’, which appeared on ITV for the first time after years on the BBC and with a revamped panel of judges including Jennifer Husdon, Gavin Rossdale and the returning Sir Tom Jones, rose to 6.3 million viewers with the benefit of people watching on ITV+1.

In the 25-minute overlap in programming, the ITV show was winning by roughly 400,000 viewers on Saturday night. By switiching channels, it is hoped that the British version of the series will finally yield a proper chart star.

More: Take That are back together for good – unless another band member leaves