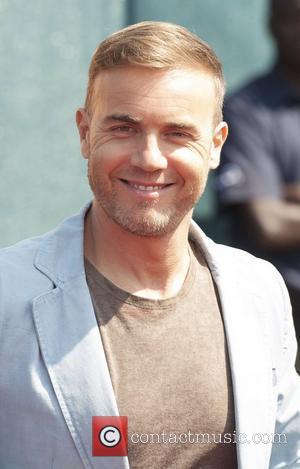 British singers Gary Barlow and Beverley Knight helped raise $2.4 million (£1.5 million) for a children's charity by performing at a star-studded concert on Thursday (31May12).
The pair teamed up to deliver a rendition of Barlow's Take That hits Relight My Fire and Never Forget at the Diamond Butterfly Ball in London, which was attended by singers Rod Stewart, Sinitta and Peter Andre, as well as former British royal Sarah Ferguson and her daughter, Princess Beatrice.
The event pulled in more than $2.4 million for Caudwell Children, a charity that helps disabled kids in the U.K, and Barlow was thrilled to be involved.
He tweeted, "Thank you Caudwell Charity for a cracking gig. Also massive thanks to the legend Beverly Knight for an amazing duet! Now that's a voice."
The charity's chief executive Trudi Beswick adds, "We are delighted at the overwhelming support we received from all of our guests here this evening. In the current economic climate this money is more important than ever and will help us touch the lives of thousands of children."