Garth Brooks has announced he will be embarking on a world tour in 2014 for the first time in over a decade! 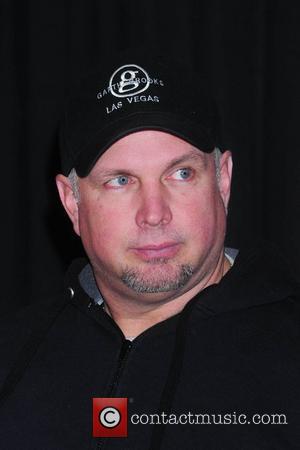 American country singer Garth Brooks will be returning to airports, hotels and long road trips after officially announcing he will be embarking on a world tour in 2014.

The exciting news surfaced on Monday morning (Dec 9th) during an interview on 'Good Morning America' where he was discussing his new album, 'Blame It All on My Roots: Five Decades of Influences.'

At first Brooks seemed apprehensive to confirm any news after the host Robin Roberts questioned him on touring again, he said, "I would love to but at 52, I'm worried it's the wheelchair and walker tour kinda-thing."

But Brooks did admit, "Between me and you, I think we'll make an announcement very soon."

"If you want to, you can make it right now!" Roberts eagerly said.

The Grammy Award winner finally revealed, "You sure? Well, you know what? Since it's you and since we've had a history forever, let's announce it. We're going on a world tour in 2014."

This was met with a round of applause throughout the studio.

"I can't believe I just did that, but you are a doll," he said after the announcement.

Garth retired from touring 13 years ago in 2000 to spend more time with his wife, Trisha Yearwood, and his three children, but since they are now grown up, he is able to leave his home for long periods of time.

The guilt of "not been there" won't affect him anymore. "So that's where I'm at and I feel very lucky to have three healthy children and they are getting ready to step off into their own paths of the world."

No dates or locations were revealed but fan should keep a close eye on the tour announcement as more details are expected to surface in the next couple of weeks.