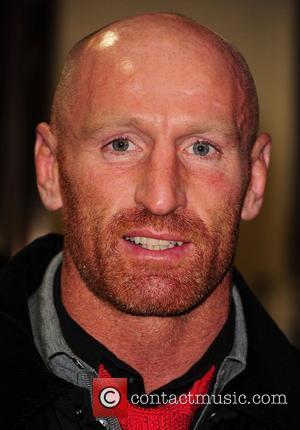 Gay rugby star Gareth Thomas insists Mickey Rourke is still keen to tackle the lead role his upcoming movie biopic despite rumours the Hollywood actor was struggling with the stunt training.
The Wrestler star has thrown himself into researching his role as the Welshman, even tearing his bicep by arm-wrestling with a group of rugby players on a boozy night out.
This week (beg26Mar12), Thomas was quoted as saying that Rourke has now pulled out of the film, leaving movie chiefs to search for a replacement - reported to be Tom Hardy, but the retired sportsman is adamant Rourke is still onboard.
He says, "Any notion that Mickey is giving up on the role are way off the mark. We'd love Tom hardy to be involved but he will not be playing me. I teamed up with Mickey because there's nobody better to take on such a challenging role and nothing has changed there. He's so motivated it has blown me away."