'Rogue One: A Star Wars Story' Introduces A Host Of New Characters

Gareth Edwards goes against the grain with the next 'Star Wars' flick.

'Rogue One: A Star Wars Story' continues the adventures of a vast world left behind by George Lucas. Directed by Gareth Edwards, it's set to hit theaters in December with an all new cast, but so far no-one is willing to give too much away. 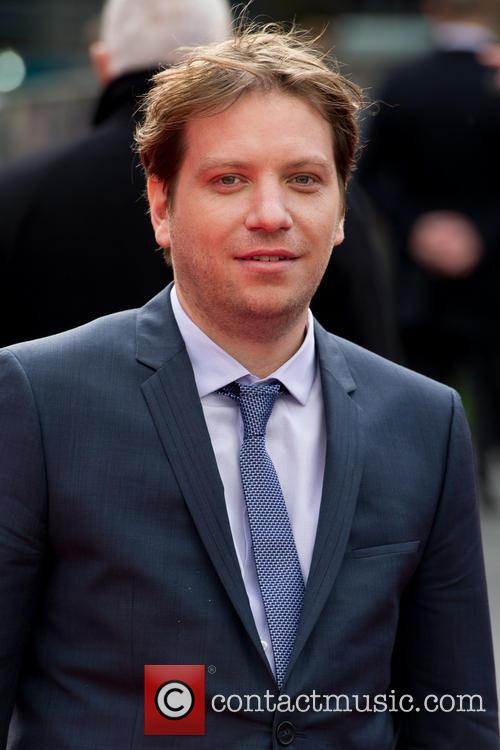 The cast and crew of the new movie opened up a little about what to expect from the next 'Star Wars' adventure, as audiences are left wondering if it has any place in the forthcoming 'Han Solo' flick or the eagerly anticipated 'Star Wars: Episode VIII'. What we do know is that you've never seen any of these characters before, so franchise newcomers will be just as unfamiliar as veteran fans.

Rogue One: A Star Wars Story - Behind The Scenes Footage and Cast Interviews

We still have a rather long wait before the release of Rogue One: A Star Wars Story but the film makers have just created a fantastic sizzle reel which takes viewers behind the scenes to see exactly what's been going on whilst shooting one of the movies of 2016.

Some of the footage (seeing Stormtroopers walking through the ocean) makes for surreal viewing but it has most certainly whetted the appetites of the majority of Star Wars fans.

British director Gareth Edwards explains how Star Wars: A New Hope is one of his favourite films and even though the stories are slightly intertwined, it's a careful balancing act of trying to be respectful to the movie it's so closely related to whilst also trying to offer the viewers a truly original and exciting piece of film making.

Continue: Rogue One: A Star Wars Story - Behind The Scenes Footage and Cast Interviews

New Details Are Revealed About Darth Vader's Role In 'Rogue One: A Star Wars Story'

Darth Vader is back and James Earl Jones will once again provide the villain’s voice.

Anticipation for Rogue One: A Star Wars Story reached new heights this week, when the first real details about the film were revealed by Entertainment Weekly. The biggest news to emerge was that it will indeed feature the return of Darth Vader. But now we’ve been given even more details about the villain's role in this newest instalment of the Star Wars saga.

As my former master once said, "Well, we are still flying half a ship." pic.twitter.com/mBPVFkqfb6

Darth Vader Confirmed As Appearing In 'Star Wars: Rogue One'

Darth Vader has been confirmed as featuring in the upcoming Rogue One: A Star Wars Story, the prequel to 1977’s A New Hope. The news was confirmed on Tuesday's edition of ‘Good Morning America’, when they unveiled Entertainment Weekly’s latest cover which promises the inside scoop on the movie.

Lucasfilm and Disney have announced that Chronicle director Josh Trank will direct one of the three standalone Star Wars movies that are planned. The plot for Trank’s film hasn’t been revealed yet, but it will feature Star Wars characters and won’t be part of JJ Abrams upcoming trilogy, the first of which, Star Wars Episode VII, is currently in production.

The news comes not long after reports that Godzilla director, Gareth Edwards, has also been picked to direct a Star Wars spin-off movie. Edwards’ script will be written by Book of Eli scriptwriter Gary Whitta and is set for release in December 2016. It’s been speculated that Edwards’ standalone Star Wars film may focus on characters including Boba Fett and Yoda, although rumours of the origin story of Han Solo as a possibility have also been circulating.

Are We Happy With Gareth Edwards Directing The Star Wars Spin-Off? [Poll]

Have your say in our poll below

Gareth Edwards can’t complain. Having steered the Godzilla franchise towards box office domination and attracting sequel attention from Warner Bros. and Lionsgate, he’s been tapped to direct the first Star Wars spin-off film since Disney said ‘we’ll take the lot’ and handed over $4b+.

“Gareth Edwards blazed into the filmmaking forefront with his acclaimed work on Monsters, a film he wrote, directed and served on as cinematographer and visual effects artist. The skill and vision readily apparent in Monsters earned him the high-profile spot directing this year's smash hit Godzilla,” read a statement on Starwars.com

It's been an exciting week in the Star Wars universe. Firstly, official filming on the new movie got under way in Abu Dhabi, followed by J.J Abrams announcing how one lucky fan could win a role in Episode VII. Now, we're hearing that Godzilla director Gareth Edwards has signed on to direct the first of the planned Star Wars spin-off movies.

According to the Hollywood Reporter, Edwards will direct a script by Gary Whitta (Book of Eli) set for a release date of December 16, 2016. Due to the huge level of secrecy behind all new Star Wars projects, it is currently unclear which spin-off Edwards will tackle.

Following a set of strong reviews, and with a stellar name behind it, ‘Godzilla’ is set to stomp on the competition this weekend to reign supreme at the box office. But director Gareth Edwards still has regrets, namely the cutting of Akira Takarada’s cameo in the movie.

Takarada starred in the original, 1954 movie, but his involvement in the Godzilla franchise actually stretches to six appearances in total, as the monster remains one of the most rebooted characters in cinema.

'Godzilla' Is More Growling Than Roaring Success, But Still... [Trailer]

It's going to be a big weekend for Godzilla: the monster action reboot has been teasing its entrance for months with irresistibly gloomy and stylised posters and trailers, whetting our appetite for an early summer movie with brains and bite. If that wasn't enough, the film has been earned a strong base of enthusiastic (but realistic) reviews that are sure to convince the more reluctant moviegoer that Gareth Edwards retake of the well-trodden tale is worth parting with cash for.

Still burned by the memory of Roland Emmerich's 1998 disaster of a disaster movie, many fans and critics didn't have particularly high hopes for a reboot even 15 years later. Bryan Cranston and Aaron Taylor-Johnson take centre stage as father-son duo Joe and Ford Brody who find themselves up against not Godzilla but some weird spider-dino hybrids called MUTO in this super smashy-smashy flick.

'Godzilla' Opens With A Bang, Concludes With A Roar - Reviews Roundup

'Godzilla' has stunned critics ahead of its release today.

Godzilla was always going to be a risky project for Gareth Edwards. His 2010 debut Monsters scored critical acclaim and the filmmaker immediately caught the attention of the major studios with their hefty budgets. Movie buffs could be heard sniggering when Warner Bros announced a reboot of Gozilla, but after landing Edwards as director and Bryan Cranston in the lead, things fell into place quickly.

And now, as Godzilla hits theaters across the globe, the critics have weighed in. And it's good news for Warners.

Continue reading: 'Godzilla' Opens With A Bang, Concludes With A Roar - Reviews Roundup

Prepare For One Big Visual Foreplay From Gareth Edwards' 'Godzilla'

Forget what you already know, Gareth Edwards is bring us a dark and more serious look at Godzilla next month

With less than a month to go before Godzilla remerges on the big screen, director Gareth Edwards is getting ready to present his version of the famous monster and it promises to be unlike any other incarnation. In the latest featurette for the film, Edwards discusses why his Godzilla has a more dark and serious tone than perhaps we would expect from a movie about the famous Kaiju.

This Godzilla is a lot darker than before

Edward’s is hoping to avoid any of the traps that previous Godzilla filmmakers have fallen into, when presenting the monster on the big screen. Instead of going the campy or overblown route, reliant too heavily on special effects, Edwards's Godzilla is dark, serious and owing much more to the original Japanese version.

A Week In Movies: Blockbusters Premiere In L.A. And London And We Get More Detailed Trailers For Transcendence, Godzilla And Maleficent

Divergent holds a star-packed premiere in Los Angeles, while the cast and crew of Captain America 2 walk a blue carpet in London. Snoopy and Charlie Brown's movie gets a teaser, Johnny Depp goes digital, Godzilla and Angelina wreak havoc, and Darren Aronofsky talks about Noah...

It was another week for starry movie premieres. In Los Angeles, Shailene Woodley, Kate Winslet, Theo James and Ashley Judd walked the red carpet for Divergent. The future dystopia thriller opens this weekend in America, and in two weeks in the UK. Take a look through our gallery from the premiere of Divergent - Los Angeles, California, United States.

Meanwhile in London, Chris Evans, Scarlett Johansson, Samuel L. Jackson, Anthony Mackie and Jenny Agutter were on hand for the blue carpet premiere of the sequel Captain America: The Winter Soldier. The Marvel action blockbuster opens next week in Britain, and the following week in the US. Browse through our photos from 'Captain America: The Winter Soldier' film premiere held at the Vue Westfield - London, United Kingdom.

Continue reading: A Week In Movies: Blockbusters Premiere In L.A. And London And We Get More Detailed Trailers For Transcendence, Godzilla And Maleficent

The director presented clips from his new scary movie in London.

British director Gareth Edwards has given a sneak preview of scenes from his upcoming sci-fi horror movie, Godzilla, at an exclusive screening in London. Alongside clips from the sci-fi horror reboot, the filmmaker spoke of the process of making what looks to be one of the biggest blockbusters of the year.

Trained as a visual effects specialist, Edwards rose to prominence in 2011 when he won best director at the British Independent Film Awards for his debut feature film Monsters, which was made on a budget of £500,000 and edited in his home. "I was thinking I don't belong here - these are legends of cinema, what am I doing? I'm from Nuneaton!" the British filmmaker joked, regarding the movie's high profile cast and crew.