I was never into wrestling as a child. Even in the golden era of Hulk Hogans and Hitman Harts I found all the costumes and soap opera spats slightly farcical and vaguely embarrassing. Plenty of my friends fell under the spell however, spending hours recreating fights with the action figures, even finding excuses to take their plastic combatants round to the rich kid's house as his parents had bought him the official wrestling ring toy set which emitted realistic (muffled) crowd sounds and commentary at the press of a button. These days computer games are the new action figures and in this arena WWE games have always struggled to compete against other, more exciting fighting games. Smackdown vs. Raw 2010 hopes to readdress the balance by providing an unparalleled level of choice of game modes, match customizability and with an impressive roster of baby oiled brutes and beauties with which to do battle. 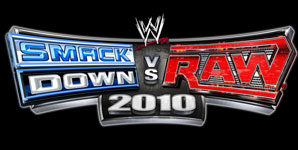 Straight from the offset players are presented with a bewildering array of match types and game modes; cage match, inferno match, extreme rules, monkey knife fight (ok one of those I made up), as well as story driven modes such as the popular 'Road to Wrestlemania' (now improved with more flexibility and free roaming). On top of this are location options, backstage brawls and so on. Whilst this level of customizability will really appeal to diehard fans of WWE, allowing them to rig up or recreate any match they can imagine, for more casual players the subtle differences between match types are easily lost and can seem quite redundant. That said the new single player career modes succeed in creating dynamic stories and situations with unique match challenges and the ability to pick impromptu fights backstage.

When it comes to selecting characters there are an impressive 70 plus to choose from. These range from all the current fan favourites down to the lesser known spandex jockeys. There is also the option to play as the 'Divas', female wrestlers every bit as fearsome, and scantily clad, as their male counterparts. As every teenage boys dream, I actually found the level of misogyny apparent in the 'girl on girl' matches a little bit disturbing, especially the lewd commentary that erupts whenever the ladies collide. This point is made more apparent considering the fact that the main audience for WWE is composed of young men. But then again the content is no worse than what you'd find in the average lad's mag. Hmmm...

The fights themselves are pretty much business as usual. There is a good amount of moves to perform, ranging from slams, grabs throws and jabs to devastating signature moves and top-rope dives. As well as their own bodies, wrestlers can of course use a variety of found weapons (including bizarrely an acoustic guitar and crutches) to wreak damage on their opponents. However ropey graphics and some dodgy collision detection do lessen the impact of fights and can make some moves seem confusing at best and downright bizarre at worst. Furthermore, fights can sometimes feel overly long especially when multiple wrestlers are involved and pins become harder to hold. Online play suffers the most from suspicious collision detection with frequent lag issues marring the action. However multiplayer locally with a few friends is really where this game starts to shine. The most fun can be had in Royal Rumble or other team matches played with a few friends. Though be prepared for matches lasting way over half an hour to be a regular occurrence.

WWE Smackdown vs. Raw 2010, is the best instalment of the series yet, providing an unbeatable level of variety and choice in match modes, and single player career modes that a seemingly filled with a limitless number of scenarios to play through. Casual gamers may find however that the vast number of options available don't disguise a core fighting experience that can often feel uninspiring and overly long. But if customizability is your thing, coupled with a choice of over 70 different wrestlers, then there is more than enough to here to keep WWE fans elbow-dropping for weeks to come.