Motorstorm, the byword for no holds barred, adrenaline filled, off-road racing, has been a PlayStation favourite since it powerslid onto the PS3 as one of the console's launch titles. Although lacking a multiplayer, its combination of extreme stunts, multiple routed tracks and selection of varied vehicles ensured both critical and commercial success and spawned two equally successful sequels (Pacific Rift and Arctic Edge for the PSP). Now in its 4th iteration and feeling the heat from newer arcade racers like Blur and Split/Second, Motorstorm has shifted gears. Gone are the rough wilds of canyons and mountains, quarries and dirt tracks that made up the previous games, replaced instead with the smooth concrete of a west coast US city. So how is this off-roading? Well I forgot to mention that the city is in the middle of a spectacularly catastrophic earthquake. 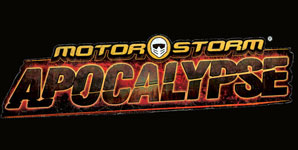 As the whole city crumbles and collapses, the terrain changes, buckles, and ultimately attracts the Stormers, a group of adrenaline junky racers looking for the most extreme tournament on earth. Festival, the games career/story mode, concerns three such racers and follows them as they compete against each other forming rivalries and bonds along the way. Split into three parts, representing the three different levels of challenge, the story is illustrated by well produced cartoon cutscenes that, although bearing little relevance to the racing itself, do provide some entertaining distraction between bouts. During the festival, the three racers get behind the wheels of all manner of vehicles, helpfully introducing the differences between them in handling and control. Along with the usual selection of big rigs, rally cars and dust buggies there are a few new arrivals. The chopper, a slow sturdy beefcake of a bike is a personal favourite but there are also superbikes, muscle cars and hot hatches. Overall the selection is more varied than ever and includes a good mix of old and new metal to scrap amongst the tremors and quakes of Motorstorm Apocalypse.

But the cars, in true Motorstorm fashion, take a back seat to what are the real stars of the show, the tracks. As in the previous games, the multi-layered, multi-routed circuits are where Motorstorm really shines and here is no exception with every effort being expended on making them as spectacular and explosive as possible. Sky scrapers fall in the distance, bridges crack as you race across them and slabs of burning concrete thunder around you blocking exits and creating new ones. It really is jaw droppingly exciting and bombastically beautiful to boot. However, with the rapidly collapsing environment being so lethal it can sometimes feel more like a test of survival than a race, especially when obstacles appear out of nowhere and require split-second timing to swerve out the way of, but undoubtedly, it never fails to be anything short of exhilarating.

The cars handle light and bouncy and it can be difficult at times, especially when riding the light bikes, to stay out of from under the wheels of the hulking big rigs. In addition, it is often all too easy for unpredictable grip to send you spinning off course, or a misjudged corner being severely punished, leading to a few moments of frustration. But with a bit of practice and repetition even the most insane of stunts can be managed. No matter which mechanized monstrosity you choose, you will also have access to a nitro speed boost which, when used judicially, can send you soaring over chasms ahead of your opponents or, when used incorrectly, straight into the side of a building. Strangely enough, it is still a frequent sight to see a computer controlled racer over boost itself into oblivion. For those who wish to play with real people instead, Motorstorm supports racing up to 4 friends via split screen or up to 16 over PlayStation Network, and it is as fun and frenetic as you'd imagine.

Winning absolutely zero awards for realism, Motorstorm is a racer that eschews authenticity, focusing instead on spectacle and thrill which it delivers by the bootload. Although the unrealistic handling will not be everyone's cup of tea and it is a tad unforgiving in places, the sheer excitement and originality of the earthquake stricken setting keeps the adrenaline in 5th throughout the game and keeps Motorstorm's title as the king of arcade racers.