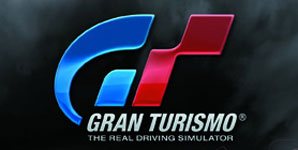 One of the most hotly anticipated titles for the PSP, Gran Turismo has taken its sweet time in appearing on the handheld but it is finally here, albeit with some rather severe cuts. Fans of the series will be delighted with its familiar feel and the selection of vehicles on offer but may feel let down by its limited scope.

First and most shocking of all, is the lack of a proper career mode. It seems strange to be playing a Gran Turismo game without the obligatory challenges and set races, instead there are only three single player modes; time trial, single race and drift trial. There are a few set challenges in the form of 'driving challenges' similar to the driving license sections of previous versions but there are only a few of them. Multiplayer as well seems to have suffered from the axe with no online play whatsoever. Gran Turismo can only be played multiplayer with up to three friends via a wifi connection. It's fun and just what you'd expect, but considering that nearly every other racer these days has the option to compete with other people around the world, it seems unforgivable that Gran Turismo doesn't allow you to take your finely tuned beasts out onto the world raceway.

Putting these surprising absences aside, Gran Turismo's main single player experience is actually a very polished recreation of the type of highly realistic racing and car collecting that is synonymous with the franchise. Instead of a career mode the game is geared towards the player customizing their own race challenges to compete in. Players choose which track to race on (all of which are available from the start), how many laps and which car from your collection to race in. The more challenging the setup is, the more potential credits that can be earned by successfully ranking in the top three. It'll come as no surprise to regular Turismo players that the car you start with is woefully low powered and feels sluggish compared to the more expensive cars. Winning races gives you credits which are used (surprise surprise) to buy new cars and customization options , so far so Turismo, but it is here where the game really shines. There are a staggering eight hundred different models of car you can buy from a huge variety of dealers. My mind boggles at how they have managed to fit so many distinctly different brum brums onto the tiny little UMD. It is a real feat and one which pays off dividends as the urge to buy and collect these shiny new cars is the same urge that keeps you playing and racing through GT's frankly limited single player modes. As in every other Gran Turismo game, each new acquisition can be tinkered with to your heart's content and again the wealth of choice when it comes to fine tuning your racers is bewilderingly impressive. But even the tuning side of the game, which will only really appeal to the hardcore tech-head fan base, suffers from limitations as tuning options can only be saved for 30 of your cars, which out of a potential 800 is quite a paltry figure.

However the actual racing itself looks great and feels great. The cars handle realistically even on the PSP's awful joystick thingy, meaning that taking the perfect corner is still as immensely satisfying as it always was. Subtle braking leads to a world of power-sliding nuances just waiting to be explored and the game's multiple camera angles are really the thing for showing off the tidy looking cars swerving and sliding across the game's forty-five tracks. Which, by the way, also look pretty fantastic and provide enough variety, ranging as they do from simple speedways to convoluted inner-city trails, to keep things from getting repetitive especially when you consider that they can all be raced in reverse. Sound wise, everything is as it should be, nice revving and engine sounds all bolster the realism that the series thrives on and are beefy enough in the faster cars to capture the sense of power that you've spent all your time saving credits for.

To sum up, Gran Turismo is a one trick pony, it is by far the most realistic and best looking racing game available on the PSP but it is let down by some large gaps in both its single player and multiplayer options which, unfortunately for me, damages its longevity. However more devout Gran Turismo fans will still get plenty of pleasure from this stripped down 'pick up and play' release.