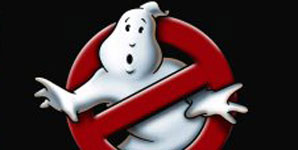 When Columbia rushed to cash in on the Ghostbusters franchise on the PSP they forgot something, namely that Ghostbusters' games are supposed to be fun. In this case a stripped down, sloppy conversion with clunky controls and uninspiring visuals has left it devoid of any real entertainment value.

Set straight after the second Ghostbusters film, you play a new recruit freshly joined up to help in the fight to save New York from supernatural terror. After a brief introductory scene you are thrown straight into action on your first mission to rid a hotel of the ghost of an angry chef. With proton pack equipped and PKE meter bleeping you must investigate the haunting, find the ghosts at the heart of it, zap 'em and pop them into your ghost trap. An exciting premise for sure, how could it go wrong?

Well, the main flaw is that the actual reality of tracking down and trapping a ghost is simply not much fun. On paper it sounds fantastic and I am at a loss to understand how the developers have managed to faithfully recreate everything, but completely miss out the fun factor. Scanning for ghosts with your PKE meter is monotonous and lacks any kind of tension, and when you do finally track one down, blasting it with your proton beam is equally dull at best, and annoyingly frustrating at worst. Each ghost has a health bar which you have to exhaust by constantly shooting it with your beam whilst avoiding the paranormal projectiles it will occasionally throw at you. This largely frustrating affair is made even worse by the clunky aiming controls which, when combating the speedier ghosts, makes it more a matter of patience rather than skill. You know you're gonna be able to catch the little blighter but it's gonna make it a real chore for you in the meantime. This process is then repeated through the game's levels with the occasional set piece or key based puzzle thrown in for good measure.

Written by and voiced by the original cast (including Dan Aykroyd and the excellent Bill Murray) the dialogue in Ghostbusters: The Game is about the only thing that could sustain any real interest. It's sharp and superbly acted, the jokes are actually witty, and it's fantastic to hear the original gang quipping left, right and centre. The only setback is the low quality of the audio which seems to have suffered badly as it was ported down onto the hand held. Sentences are often cut short and splutter as the PSP's rapidly aging hardware churns, which is especially annoying seeing as the jokes are by far the best thing about the game. Other areas that seem to have suffered in this lazy port are the visuals. The game is littered with flickering sprites and dodgy polygons which give the game an untidy, almost unfinished feel. The HUD and menu screen visuals also seem rushed and lack any charm or attention to detail, a thing that Ghostbusters games are really crying out for.