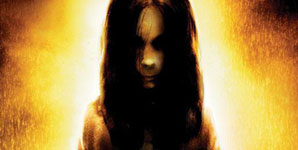 Sequels generally have a lot to live up to (I'm basing this on the premise that the first incarnation of a title was good, which unfortunately isn't always the case) - many fall by the wayside under the weight of the pressure of living up to it's predecessor others, small though the sample size may be, outshine the much enjoyed original. F.E.A.R (First Encounter Assault Reconnaissance) originated in 2005 and was much heralded for its intense horror experience that engrossed its host whilst offering some excellent visuals. As a result we now have F.E.A.R. 2: Project origin with a hefty fan base to try and please.

In 2005 whilst standards were relatively high, they have progressed a lot since then. There is a raft of first person shooters on the market now and for any new title to succeed it needs to have a reason or some kind of hook that makes it stand out from the crowd. In this case F.E.A.R 2 has retained the pure, unadulterated horror and intensity that made its first incarnation a hit. The game is set almost immediately after the first game ends and you - Michael Beckett - are part of the Delta Force team whose mission is to take the Armacham president [Genevieve Aristide] into custody for his own protection. As you approach your target, old (well young) psycho 'Alma' unleashes some wrath on the City resulting in a nice big explosion. You then wake up in an 'underground' hospital. For those who never played the first game, you might be thinking 'What the hell are you talking about?' and you'd have a valid point. There just isn't the immediate buy in for newcomers to the series that the old school will have. This seems to have been recognised with many 'intel' documents scattered around designed to bring players up to speed, but it isn't really enough.

Generally the feel of the entire game is quite unsettling, never more so than when the action subsides slight into a 'lull before the storm' kind of a thing, however even this doesn't have the same impact as you progress though the game as every single time it happens something tries to kill you. Walking down a quiet corridor. hello goon squad! Walking into an open room... ooh what a surprise, please eat my face off! It does get predictable after a while. Though I would say that the visual effects and score are excellent and that this alone does promote the buy-in that you would get going to a horror movie, but it is not too much different from the original game in this respect. Further to this the game is completely linear and uses the age old 'medi packs' for recharging health. To this end, there has not been much imagination put in to F.E.A.R. 2, and this is what we have come to expect from the better games on the market. Positives not only include a very advanced AI for enemies, which is very apparent if you are in open environments (They do enjoy a classic pincer movement - be warned). Whilst in normal play these guys are very difficult to finish off, there is slow motion option which is useful but too readily available, meaning that it becomes quite easy to pick off the goons.

All the in all the graphics look excellent at first glance, with a decent amount of detail in there, but delve a little deeper and there is little environmental interaction and this adds to the linear feel of things. I have seen F.E.A.R 2 described as a solid title and I would agree with this. Fans of the F.E.A.R will undoubtedly enjoy another outing with a new storyline but it is also solid rather than groundbreaking with too many elements of the game plucked from the past without a chance being taken on creating something new.