We still can't decide what Jon Snow's situation is.

Waiting for 'Game Of Thrones' season 6 to arrive is emotional turmoil for fans. First they had to go through the grief of Jon Snow's death, then speculation that he's actually still alive (or, at least, coming back to life), then Kit Harington and his co-stars' insistences that he's very much dead, and now this; a string of mysterious moments in a new trailer that could spell that it isn't the end for Snow after all.

Bran Stark is having visions

What new clues have added to the possibility that Jon Snow (Kit Harington) will be returning to life? First off, we see Davos (Liam Cunningham) wielding Snow's sword as he prepares to defend his corpse alongside the Night's Watch against Alliser Thorne (Owen Teale), whose cronies are battering down the door. It's possible that Davos and co. are trying to stop Thorne and his men burning Snow's body (which they might do to ensure he doesn't become a White Walker), but why would they need to do that if he was really dead? Of course, it could be a dignity thing. 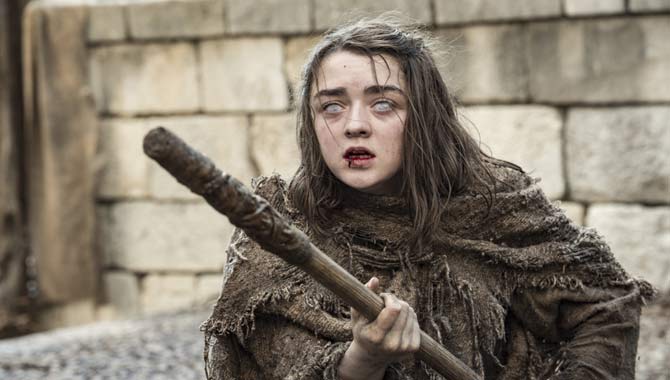 Arya Stark gets a second chance

Secondly, it seems that Bran Stark (Isaac Hempstead Wright), Jon Snow's brother who hasn't been seen since Season 4, is getting more and more powerful; he's back with the Three-Eyed Raven (Max von Sydow) and having some serious warging experiences. Could he have the power to bring his brother back?

We also get glimpses of what lies in store for the other main characters. Daenerys Targaryen (Emilia Clarke) is still a captive of that Dothraki horde and the trailer shows them stripping her down. But we do see Drogon taking to the skies, so no doubt her baby will come to rescue her; either that or she'll manage to get the Dothraki on side. 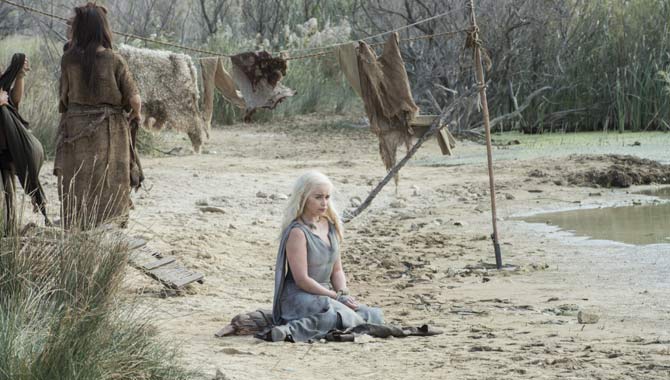 Daenerys Targaryen is held hostage by the Dothraki

Sansa Stark (Sophie Turner) is seen going to war with revenge on her mind, and Arya (Maisie Williams) is given another chance at the House of Black and White by Jaqhen where she undergoes training again. Meanwhile, a new Red Priestess has arrived... and it's not the previously announced High Priestess Kinvara who is to be played by Melanie Liburd. Ania Bukstein is the actress taking on the Red Priestess role in this new trailer, greeting an uncomfortable Varys (Conleth Hill) and Tyrion (Peter Dinklage) at Mereen - could she be the titular 'Red Woman' of the first episode?

Sansa Stark is at war

Speaking of Tyrion, is he going to burn to death?! He tells Missandei (Nathalie Emmanuel) and Varys, 'Dragons do not do well in captivity', and proceeds to see dragons Viseryon and Rhaegal in the dungeons, where one of them promptly breathes a whole load of fire apparently in his direction.

More: See pictures from the 'Game Of Thrones' season 6 premiere

All will be revealed in season 6 of 'Game Of Thrones' which will begin airing on HBO on April 24th 2016. 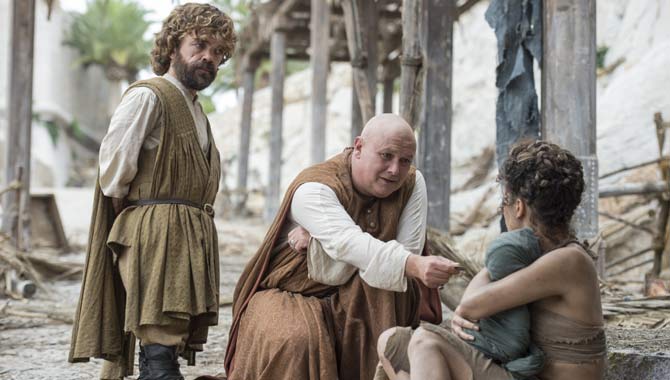 Is this the end for Tyrion Lannister?