We can't decide who's more violent: Cersei or Arya.

'Game Of Thrones' season 6 has been quite the rollercoaster, leaving fans a little disturbed, frequently relieved and, finally, purely stunned. In fact, finale episode 'The Winds of Winter', which aired on Sunday (June 26th 2016), has already been lauded as one of the greatest television episodes of all time and for a very good reason.

Throughout the ten episodes we've seen Daenerys Targaryen (Emilia Clarke) free herself from the clutches of the Dothraki and return home on Drogon, Jon Snow (Kit Harington) resurrected and executing his killers before raising an army with Sansa Stark (Sophie Turner) to defeat the Boltons, Arya Stark (Maisie Williams) killing the Waif and finally becomes the badass she was always going to be, and Cersei Lannister (Lena Headey)... well, she exacts some pretty brutal revenge. Be warned: spoilers ahead. 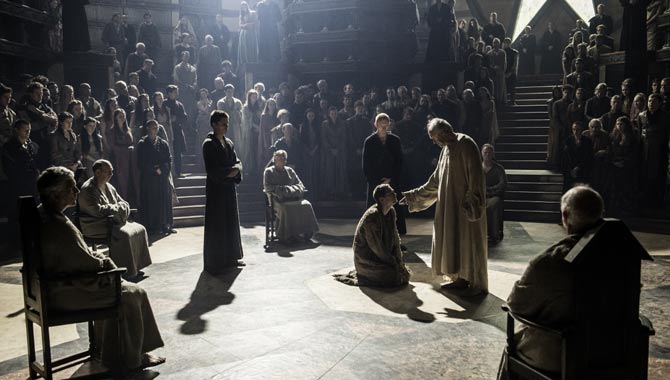 Loras pleads with the High Sparrow at his trial

Queen Margaery Tyrell (Natalie Dormer) may have managed to escape her trial at the King's Landing after the High Sparrow (Jonathan Pryce) lets her off for good behaviour, but she was still there to see her brother Loras (Finn Jones) go through it all. However, it wasn't until Cersei Lannister failed to show up for her trial (some time after that shameful walk of atonement) that Margaery realised something was horribly wrong. 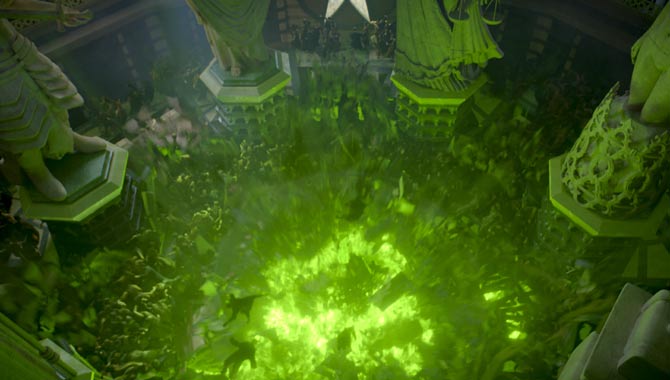 Cersei massacres everyone at the Sept of Baelor

No sooner had we all realised that than Cersei commits one of the biggest massacres in GoT yet, setting fire to the Sept of Baelor and killing everyone there: Margaery, the High Sparrow himself, Loras, Lancel (Eugene Simon), and Kevan Lannister (Ian Gelder). Unfortunately, the carnage caused King Tommen (Dean-Charles Chapman) to throw himself out of a window, to Cersei's distress - but, then, she knew her son was going to die someday.

More: Get revenge on your own enemies with the 'Game Of Thrones' spoiler app

Of course, now that the King and Queen are dead, Cersei finds herself being crowned Queen of the Seven Kingdoms and finally seizes the Iron Throne. Perhaps as a brutal caviat to her story, she has the nun Septa Unella (who tormented Cersei when she was locked up) kidnapped by her monster knight Ser Gregor (Hafþór Júlíus Björnsson) who's probably going to torture her for a long time. 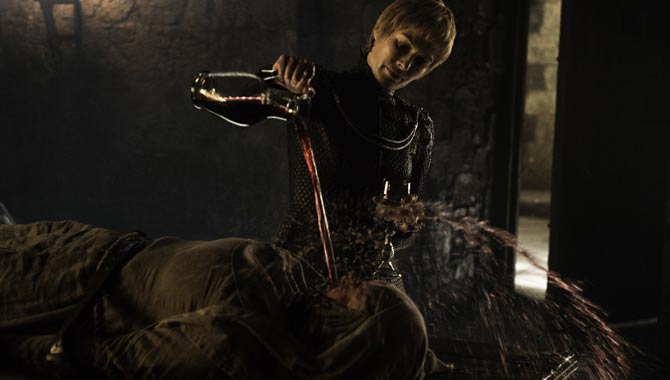 Cersei gets revenge on the nun who shamed her

That wasn't the end of the vengeful violence, however. Arya Stark got the chance to tick another person off her kill list when she murdered Walder Frey (David Bradley) and his sons Lothar Frey (Daniel Tuite) and Walder Rivers (Tim Plester). To put it simply, she baked Lothar and Black Walder in a pie and fed it to Walder Frey before cutting his throat.

'Game Of Thrones' has been renewed for a seventh season, though apparently when that arrives we'll only get seven episodes.

Arya Stark checks off another guy on her hit list