Oh, hey Marvel, good luck trying to top DC’s Comic-Con panel this year. On Saturday, the crowd in Hall H got their first glimpse of Gal Gadot as Wonder Woman in the upcoming Batman v. Superman: Dawn of Justice film. And it was cool.

Now, whether you dig the not-so-new, dark re-imagining of Batman (Ben Affleck) and Superman (Henry Cavill) that Zack Snyder, David S. Goyer and Warner Bros, are going for, we can all agree that a butt-kicking, name-taking, Amazonian warrior Wonder Woman is a good thing. Luckily, that looks like exactly the WW Gal Gadot will be playing, judging by her no-frills costume (all brown, all leather and metal, really cool sword).

More: Who's The Latest Addition To The Batman v. Superman Cast? Well, there's at least one reason to get excited over Dawn of Justice now.

Plus, though she’s nowhere near the Amazon warrior of say, the “Diana” years or even Wonder Woman’s 2006 incarnation, Gadot is well-muscled, lean and ready to kick some tail in the name of justice, which we’re totally on board with.

More: Can Zack Snyder Really Do Justice To The Justice League?

Director Zack Snyder also shared the image of Gadot in the bronzed one-piece with thigh-high boots on Twitter, captioning it: "Great time at #SDCC this year! #WonderWoman #DCTrinity."

So, in conclusion, a little more costume would have been nice, but given the creative team on this one, it looks like a pretty great Wonder Woman. Onwards to Justice! The movie’s release date has been set for May 6, 2016. 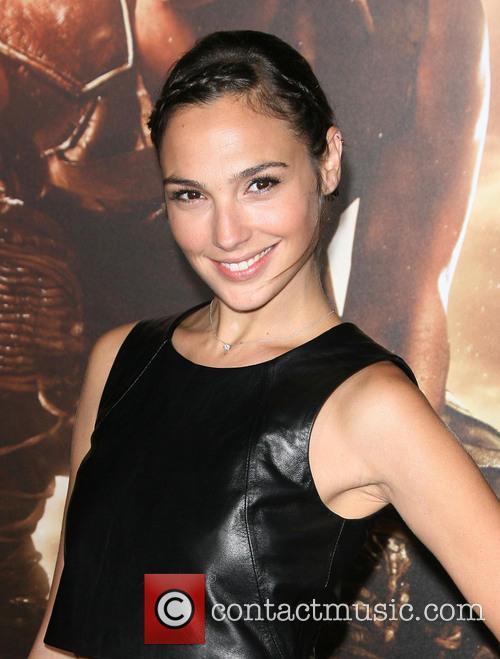