Gael Garcia Bernal is set to play legendary boxer Roberto Duran in new biopic 'Hands Of Stone', which will focus on his two most famous bouts. 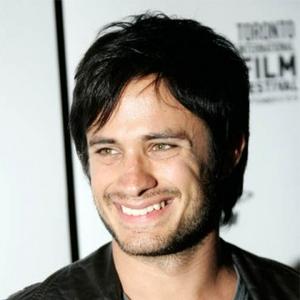 The 'Letters To Juliet' actor has been signed up to play the four-time world champion in 'Hands Of Stone', which was the Panama fighter's in-ring nickname.

Al Pacino is reportedly being considered to play his trainer.

The movie will focus on Duran's two most famous bouts against his greatest rival Sugar Ray Leonard.

The first fight in June 1980 saw him win the WBC welterweight title, while in their rematch in November he famously quit, telling his opponent "no mas" - "no more".

There are many different versions of events as to why he refused to box on, including one theory he wouldn't fight Leonard because he was disgusted by his defensive strategy, while another claims Duran was suffering from stomach cramps from eating too much on the day of the contest.

His manager Carlos Eleta has claimed he stopped boxing because he was "embarrassed" to be losing.

The movie's director Jonathan Jakubowicz told Variety magazine: "The infamous 'no mas' fight is the biggest Enigma in the history of boxing. This movie will answer that enigma."

He added: "Roberto Duran is not only the best lightweight of all time, he's also an inspiration for oppressed people around the world, and a legendary hero for those who believe a culture's honour can be fought in The Ring."

The movie will be shot in Panama and New York with a $15million budget.

Duran was born in 1951 in Panama and grew up in the slums of El Chorrillo before making his professional boxing debut in 1968 aged 16.

His professional record was extraordinary with 119 fights, 103 wins with 70 KOs.

He finally announced his retirement in January 2002 aged 50 after a bad car crash left him needing life-saving surgery.