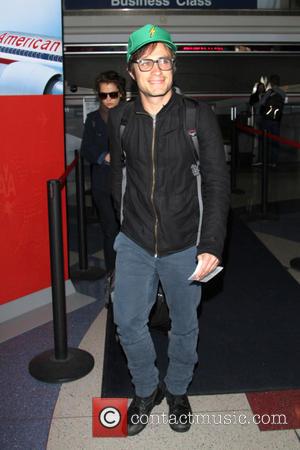 Mexican actor Gael Garcia Bernal has stunned fans following the news of his recent split from Dolores Fonzi by revealing they were never actually married.

The Y Tu Mama Tambien star was widely reported to have wed Argentine actress Fonzi in 2009 after a year of dating, but now Bernal has confessed they never made their relationship official and simply remained boyfriend and girlfriend as they raised their son Lazaro, five, and daughter Libertad, three.

He tells Elle magazine, "We actually didn't even get married. We had kids."

Bernal insists the former couple "felt more than married" during their relationship and didn't feel the need to walk down the aisle just because they were starting a family together.

He says, "What's important is the arrangement. The responsibility. The deal. To do it (have a family) with the person you're embarking on (it with). That's more important than anything any religion or government would say. But that's a case-by-case situation. I'm not saying it should be like this. But for us it was. The institution of family is important, definitely. And I enjoy it a lot. More than I thought I would."