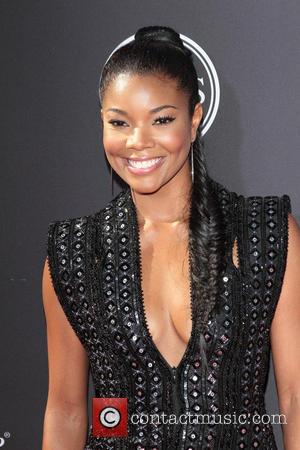 It is obvious actress Gabrielle Union is a fitness fanatic as her slim toned physique proves.

But the 41 year-old credits her own self-proclaimed 'porn-diet' for achieving her desirable body image.

Instead of watching her own diet she attempts to copy the diets of stars in the adult industry!

Immediately catching the attention of hosts Conan O'Brien and Andy Ritcher, they began to quiz her on this new eating regime.

Union also told Conan that she watches their workouts intently and attempts to copy what they do.

'I've seen your work, I love it, let me get some tips', not on that, but 'cause your butt looks great,'" she continued. "But I also compete with them and they don't realize it. We're basically having the ultimate Olympics. They're just not aware that we're in competition with each other."

The bizarre conversation also turned to women's butts, as Gabrielle admitted it is her favourite body feature.

"I love a good butt. Jessica Biel has an amazing butt," she said. "But my daily butt inspirations are women at the gym."

Now it is clear why NBA superstar Dwyane Wade proposed to her, any man would love Union's enthusiasm to get a great backside.

The pair became engaged this past December (21st) after dating since 2009, and revealed the news via her Instagram account by posting a photo of a sparking diamond ring.

"Sooooo this happened... #Yessss," was the caption alongside the pic which also showed Wade caressing her hand.

The same photo was posted on the Miami Heat player's Instagram page, he wrote "She said YES!!!"