The 41 year-old actress, along with several other high-profile celebrities, was one of the victim's targeted in a second batch of nude leaked photos.

Gabrielle Union is just one of the many female celebrities who have had their privacy ruthlessly invaded after internet hackers stole topless photos of herself and leaked them online, but she is not letting whoever is responsible get away with it. 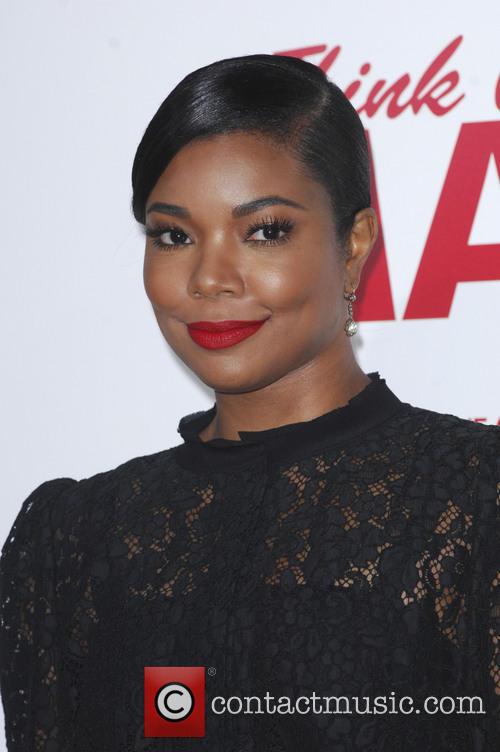 "It has come to our attention that our private moments, that were shared and deleted solely between my husband and myself, have been leaked by some vultures," said Union and her husband NBA star Dwyane Wade in a statement, obtained by TMZ.

The married couple, who tied the knot late last month, are planning to contact the FBI over the leaked racy photos, which reportedly show the 41 year-old actress topless, and want to proceed with legal action over the internet hacker.

More: How Kaley Cuoco Found Out About Nude Photo Leak And The Awesome Way She Dealt With It

"I can't help but to be reminded that since the dawn of time women and children, specifically women of color, have been victimized, and the power over their own bodies taken from them," Union's statement continued.

The 'Bad Boys 2' actress, along with many more celebrities such as Kim Kardashian, Kaley Cuoco, Vanessa Hudgens and Avril Lavigne, were targeted in a second batch of nude leaked photo that were uploaded onto websites Reddit and 4chan.com on Saturday (Sept 20th).

However, due to the first wave of raunchy photos, posted three weeks ago, the host sites quickly pulled the explicit pics down.

"These atrocities against women and children continue worldwide," Union and Wade's statement added. "For anyone out there also being affected by these and other hacking and hate crimes - We send our love, support and prayers. We have done nothing wrong."