British Model/actress Gabriella Wilde Is Expecting Her Second Child With Her Rocker Husband, According To A U.k. Report. 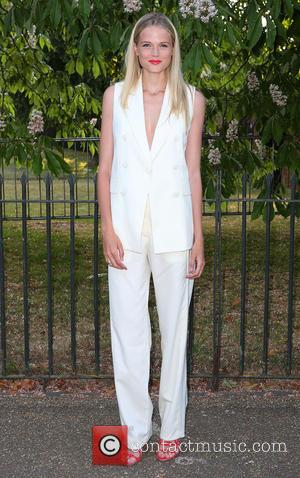 The Carrie actress, 26, and Alan Pownall, lead singer of rock group Pale, are set to give their 20-month-old son Sasha Blue a sibling, according to Britain's Mail on Sunday newspaper.

The couple put their wedding plans on hold after discovering Wilde was pregnant with Sasha, and they finally tied the knot in Italy in September, 2014.

They have yet to confirm the pregnancy news.

Wilde, who has enjoyed roles in Endless Love and The Three Musketeers movies, was recently cast as a love interest in the upcoming series of British drama series Poldark, starring Aidan Turner.