A music video has also been released; a bizarre and kaleidoscopic visual masterpiece that serves as Gabriel's second collaboration with director Diplo and Roxy Music's Ferry Gouw. The track is equally as mesmerizing to listen to - Gabriel's deep, rock vocals surging over the melodic electronics and head-bangingly rhythmic drums.

Produced and mixed by Craig Silvey (The Horrors, The Arcade Fire), 'Dark Lights Shine Loud' is an epic follow up from his debut single 'Sleep Paralysis'. Gabriel puts attention to detail in high priority and makes sure he has input in the entirety of his work.

Gabriel has been described by one of his friends to The Guardian as being 'pretentious, classy and a proper character' - his deep voice certainly suggests character putting Nick Cave and Johnny Cash to shame. His voice was described by thefader.com as 'One part Leonard Cohen, a little bit Nick Cave and some Johnny Cash doing Hurt'.

He is to play a short string of live shows at the Electricity Showrooms in his hometown of London starting from July 5th. 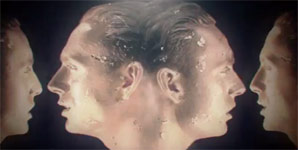 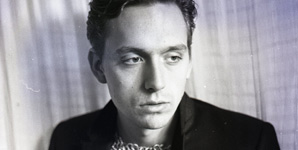