‘Superbad’ Plus ‘Stand By Me,’ Equals ‘The Kings Of Summer’ [Trailer]

The Kings of Summer could be a huge player in the run up to awards' season this year.

The first full trailer for Jordan Vogt-Robert’s new movie ‘The Kings of Summer’ is finally here, following on from the intriguing teaser clip we got last month. Written by Chris Galletta in his feature film debut, the comedy created a buzz at Sundance, with many critics likening it to classic adventure movie ‘Stand By Me’ and Seth Rogen’s ‘Superbad’. We can certainly see the similarities, though ‘The Kings of Summer’ may well end up holding its own against both.

It follows the story of teenager Joe Toy, who is struggling under the weight of his over-bearing single father Frank. The rules, curfews and sanction become too much and Joe decides to take off into the woods and spent the summer building his own house. He takes best friend Patrick along for the ride, while a weird unpredictable kid by the name of Biaggio tags along too. The trio attempt to live off the land and take care of themselves, while a search party is put together in their hometown with police fearing the boys have been kidnapped. The snappy writing ensures there’s plenty of laughs in the trailer, and ’21 Jump Street’ star Nick Offerman comes across particularly well as Joe’s sarcastic straight-to-the-point father Frank.

‘The King of Summer’ could be a big player in 2013. Though most of the big hitters are yet to weigh in, it holds a perfect 100% score on Rotten Tomatoes. Variety said, “Jordan Vogt-Roberts' debut feature, is a full-on fairy tale, and one that could win plenty of friends with its absurdist, caustically funny take on adolescent agitation.” 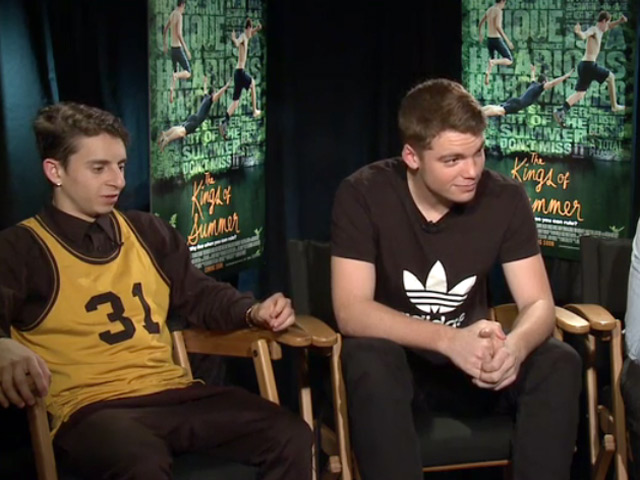 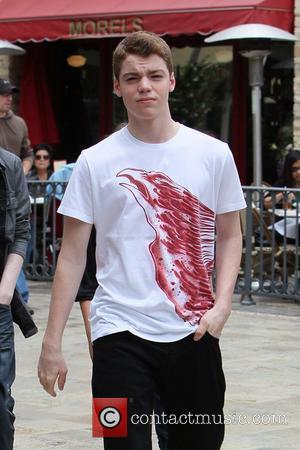 ‘Superbad’ Plus ‘Stand By Me,’ Equals ‘The Kings Of Summer’ [Trailer]