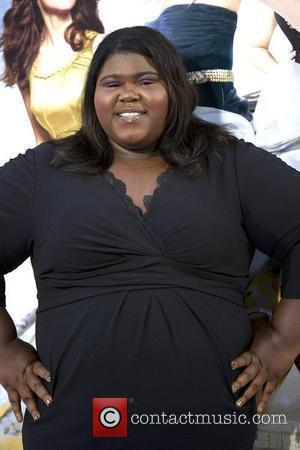 Gabourey Sidibe is enjoying her time in the spotlight - because it's given her a chance to flirt with a string of Hollywood hunks.
The actress shot to fame with her leading role in hard-hitting 2009 drama Precious: Based on the Novel Push by Sapphire, a part which earned her a Best Actress Academy Award nomination.
The 27 year old admits one of the perks of her job is the access to leading men - and she can't resist making advances towards them all.
She tells U.K. talk show host Jonathan Ross, "I use any event to hit on a young man! (I'll do it) at the gas station! I just like hitting on people, I'm into boys! Recently, Sex and the City, the guy that plays Smith - Jason Lewis, I believe his name is - he's hot! I hit on him for four straight minutes the other night!
"Here's how I open up: 'Hi, you are hot! What's up with that? Take down these digits!' He was very, very, very nice. I'm sure I scared him off a little bit, I can be quite aggressive. It hasn't slowed me down though!
"I hit on Orlando (Bloom) - eight straight minutes of hitting on him! I time it, I have a notebook for this!"