Picture: Gymnast Gabby Douglas showing off her Olympic gold medal to kids from the YMCA of Greater NY during the 'Citi Field Kids' program at Citi...

Olympian Gabby Douglas has revealed how close she was to giving up on sport because of the constant insults she received from fellow athletes, reports The Daily Mail.
The 2x Gold Medal gymnast was talking to Oprah Winfrey on Oprah's Next Chapter when she revealed the truth about her build up to the London Olympic Games. "I felt I was being bullied and isolated from the group and they treated me not how they would treat their other teammates. I definitely felt isolated. I felt like, why am I deserving this?'" revealed the 16-year old, who even questions whether the insults levelled at her were racially motivated. "Is it because I'm black? Like, those thoughts would go through my mind," she went on. It's not surprising she suspected such things, as some at the Gym in Virginia Beach inexplicably called her a slave. She didn't let the insults get to her, though, and her determination earned her two gold medals to help the U.S.A claim first place in the overall medal ratings, becoming a national hero in the process.
The young star has enjoyed a media boom since her impressive performance at the London games, appearing on Jay Leno alongside First Lady Michelle Obama and joining her teammates on Late Night with David Letterman and The Colbert Report. She is now the first African American to win both individual and team gymnastics medals at the Olympic games, and at the tender age of 16, a long and successful career surely awaits. 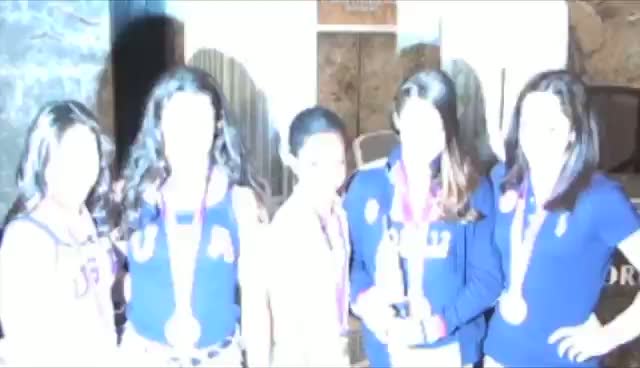