Jack Antonoff of Fun. is seeking a 'Strange Desire,' and it has to do with his new band, Bleachers.

While pop superstars Fun were off on a well-deserved break after basically taking over the world all of last year, it didn’t mean that the members remained dormant. Lead singer Nate Ruess can be found in the new Eminem music video for 'Headlights,' while keyboardist Andrew Dost is busy composing for film and television, as he recently scored the music for MTV's upcoming scripted series, ‘Faking It.’

This leaves lead guitarist Jack Antonoff, who is embarking on perhaps the most ambitious venture of any of his bandmates -- a new band by the name of Bleachers. It's not uncharted territory for Antonoff, however, seeing as before he joined Fun, he also fronted the indie-rock group Steel Train. The only difference is this time, it seems like things will be getting a little more weirder. Bleachers, which was revealed this past February, aimed for a big sound with this new music, and it was proven in the first released song, ‘I Wanna Get Better.’ Additionally, the song's music video was directed by Antonoff's girlfriend, Lena Dunham, the star and creator of the HBO hit ‘Girls.’

"The production and songwriting is extremely over-the-top, extremely epic and unapologetic. The record is all about finding a world where you can be kind to yourself in," Antonoff said in an interview with Rolling Stone.

Since then, another track, ‘Shadow,’ surfaced, and it happens to fit that description perfectly. The album in question goes by the name Strange Desire -- and it was revealed in a bit of a strange way. Antonoff unveiled the title of his new album, as well as the release date, in the form of an ad on Craigslist.

"Its been a bizarre and wonderful decade (particularly the past 2 years). A lot of great things have happened but its also been strange. This album speaks to all of that. I never kept a diary over the past year of being away and thinking about my life as it has unfolded - instead I wrote this album," the honest post writes.

Strange Desire is set to be released on July 15 via RCA Records, and some of the production work on it features the likes of John Hill (M.I.A., Jay Z) and Vince Clarke (Erasure, Depeche Mode). However, if Bleachers just isn’t your thing and you’re finding yourself yearning for some new fun. music to bob your head to, your wish may be granted sooner than you think. According to Ruess and a recent Rolling Stone interview, the band is getting back into the swing of things for a new album. 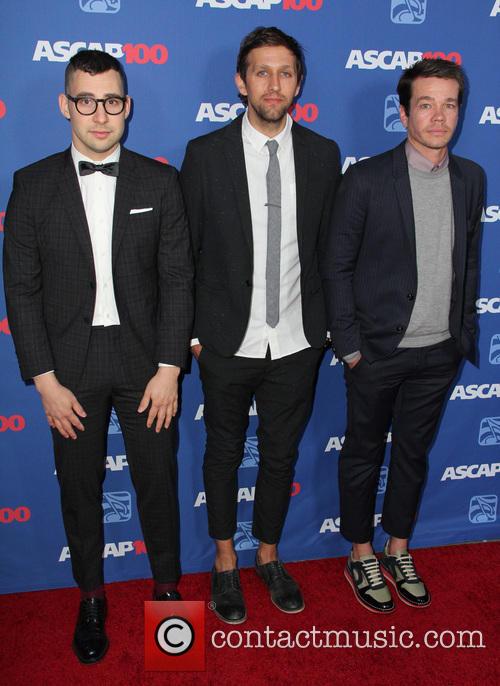 Fun. is starting to work on a new record

"It's moving. There's an apprehension at first, because I don't want this thing to move too fast, because I want to be able to enjoy being at home. And with this album – and after being on the road for a few years – you can't help but think of how each song is gonna fit. You start thinking about what you're gonna want to play, and what you're gonna want to say,” Ruess said.

More: Ellie Goulding was too nervous to meet Fun singer