Actor Matt LeBlanc And Comedian Chris Rock Strutted Their Stuff As Models For A Night As They Walked Down The Runway At Taylor Swift's Concert In Los Angeles On Saturday (22aug15). 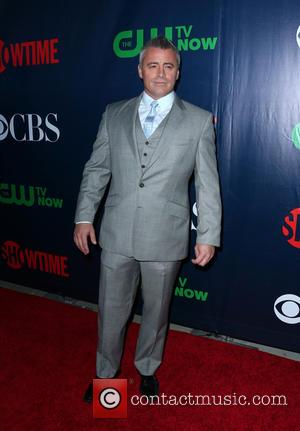 The pop star played the second of five sold-out gigs at the Staples Center, and during her hit Style, she brought out model Sean O'Pry, who starred as her love interest in her Blank Space music video.

After introducing the "number one model in the world" to the stage, Swift said, "Please welcome the number two and number three male models in the world - Chris Rock and Matt LeBlanc!"

Rock and LeBlanc strutted down the long catwalk, waving to fans and dancing as they made their way to the stage in the middle of the arena.

Swift, who has previously professed her love for LeBlanc's hit show Friends, then led the trio as they encouraged the crowd to wave their hands in the air.

Also making surprise appearances at the concert were Mary J. Blige, who sang her songs Doubt and Family Affair with Swift, and Orange Is The New Black star Uzo Aduba, who showed off her singing skills by performing Swift's 2008 track White Horse with the singer.

Aduba previously joined Swift onstage last month (Jul15) during a tour stop in New Jersey, when she strutted her stuff with supermodels during Style.

She continues the rest of her Staples Center gigs on Monday (24Aug15).