Frenchie Davis Confirms She Is Gay 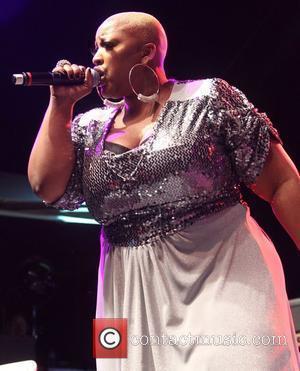 Reality TV star Frenchie Davis has 'come out' as a lesbian.
The singer, who has competed on both American Idol and The Voice, has been dating a woman for the last year.
She tells Missouri newspaper the St. Louis Post Dispatch, "I wasn't out (as a gay woman) before the relationship, but I wasn't in. I dated men and women, though lesbians weren't feeling the bisexual thing. Now I'm in love with a woman I think I can be with forever."
Davis, who also starred in the Broadway musical Rent, went on to voice her support for gay men ahead of her performance at the Chicago Pride Fest in Illinois this weekend (23-24Jun12).
She adds, "I love the gay boys. They have that awesome, masculine energy, but there's also something else going on as well."
Davis shot to fame on American Idol in 2003, but was sensationally disqualified as a semi-finalist after it emerged she had posed topless for an adult website.
Christina Aguilera mentored her on the first season of TV talent show The Voice last year (11).

Frenchie Davis Confirms She Is Gay