French Wives' new single, Younger, is taken from their forthcoming debut album, Dream of the Inbetween, which will be released for free on May 7th, 2012, via Electric Honey. Younger is available to download for free and follows on from the lead single Numbers, which was released in November 2011. The band kicked off their UK tour on February 28th and is set to continue into March. 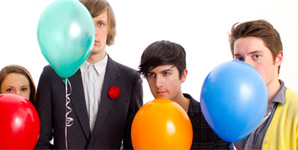